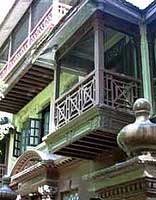 Even with the application of the Lease and License Agreement system, it is still difficult for a landlord to protect his property from unwanted overstaying tenants. Even if contracts are enforceable in courts, the actual enforcement takes years or decades to accomplish.

Rents: Can landlord and tenant freely agree rents in India?

There are two types of tenancy agreements in India, Lease Agreements which are covered by rent control laws and Lease and License Agreement which are not.

A Lease (or Rental) Agreement is covered by restrictive rent control laws. The amount of rent that can be charged is based on a formula devised by the local executive, legislative or judicial government, as the case maybe. For Delhi, the maximum annual rent is 10% of the cost of construction and the market price of the land, but the cost of construction and the price of land are both based on historical values and not the current market valuation. So the older your property, the smaller the rent you can charge. Rents can only be increased by a fraction of the actual cost the landlord has incurred in improving the property.

The Lease Agreement transfers the right of ownership to the tenant for an indefinite period of time, which can be problematic because it encourages the tenant to claim the right to permanent occupation. In numerous cases, tenants have refused to relocate. When brought to court, these cases can take 10 to 20 years to resolve.

Most landlords prefer a Lease and License Agreement. This agreement only grants the tenant a license to occupy the property for a period of 11 months, with an option for periodic renewal. Because the rent control laws (which are largely in favor of tenants) only apply for lease agreements of at least 12 months, establishing an 11-month agreement serves as a pre-emptive measure.

To avoid complications, since landlord prefer these agreements, we will only discuss Leave and License agreements for the rest of the article. 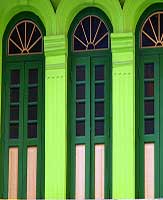 Prior to occupancy, tenants usually pay a security deposit of three months' rent. This is usually refundable at the end of the contract, if no other liabilities have been left unsettled. Deposits are expected to be returned within a month after the end of the tenancy, or as stated in the contract. Until the deposit is returned, contracts commonly stipulate that interest must be charged on the deposit, computed at a daily rate. Advance payments for six months up and full payment for 11 months are popular.

What rights do landlords and tenants have in India, especially as to duration of contract, and eviction?

Since Lease and License Agreements are designed to escape restrictive regulations, all terms are governed by agreement between landlord and tenant. Aside from the most basic condition that the tenancy is only for 11 months, everything must be stated in the contract. (For a copy of a sample l Residential Lease & License Agreement, click here.)

Typical contracts include a provision that, if either party wishes to prematurely terminate the contract, three month's notice must be given.

The typical agreement also prohibits subleasing. To deter tenants from overstaying, experts recommend including a clause quadrupling the rent if the tenant does not leave when the contract ends.

How effective is the Indian legal system?

Court proceedings of any type should be avoided at all times. Well-defined contracts will greatly help landlords to convince tenants that they (the landlords) are likely to win the case in court. As stated above, eviction cases can last up to 10 or even 20 years.

Local laws cover landlord and tenant agreements. Many local rent control laws such as the Maharashtra Rent Act 1999, Delhi Rent Act 1995, Tamil Nadu Buildings (Lease and Rent Control) Act 1960, strictly regulate rental agreements that are 12 months or longer in favor of tenants. If the monthly rent payable on a property exceeds Rs3,500 (US$76), the agreement is subject to the Transfer of Property Act (TPA), which assigns the landlord responsibilities including i) disclosure of information regarding material defects in the property and ii) uninterruptedoccupation of the property for the agreed period (subject to periodic visits by the landlord for inspection). In this case there are more grounds for evicting tenants, but the situation is still disadvantageous to the landlord.

The laws on landlord and tenants in India are archaic. The national government is encouraging local units to relax these laws to encourage investments in housing and construction. How fast will India will move to abolish its old system is very much questionable. The Maharashtra Rent Act 1999, for example, is slightly more pro landlord than the Bombay Rent Control Act 1947, but it does not still sufficiently protect landlords' rights.