The rental system is pro-landlord

Rents: Can landlord and tenant freely agree rents in Cambodia?

The parties to a property rental contract may freely negotiate the terms - the rent, period of lease, rental fees, other legal rights and obligations, renewal, rent increase, and the conditions for the termination of the contract.

Cambodian Laws do not regulate increases in the rent at renewal of the contract, or specify any method. The landlord shall inform the tenant if he wants to increase the rent within a reasonable time (as specified in the contract). Both parties can then negotiate the new rent. If the negotiation fails, the contract may be terminated.

What rights do landlords and tenants have in Cambodia, especially as to duration of contract, and eviction?

If no prior notice is given by either party and there is no clause mentioning the automatic termination at the end of contract, in the case of both determinate and indeterminate contracts, the contract is automatically renewed.

Termination before the contract's date of expiry by the landlord is possible if:


Subleasing is prohibited, unless explicitly permitted by the contract.

Clauses for terminating the contract before its expiry date may be included in the contract. In the absence of such a clause, the suffering party shall be entitled to remedies and damages, in accordance with the lease contract and/or the court's decision.

The contract ends if the tenant dies, unless the tenant's heirs want to continue it. But the contract remains in effect if the landlord dies.

The effectiveness of the legal system

Disputes between landlord and tenant are resolved through the ordinary provincial or municipal courts. Two attempts at reconciliation in front of a handling court clerk or judge are required, after the filing of the complaint, before the trial hearing.

The timeframe for the trial process is not clearly defined by law.

If one party is unsatisfied with the court's decision, he can appeal to the higher courts.

Laws and Regulations which cover Landlord and Tenant issues: 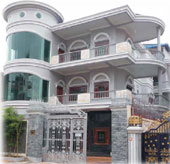 Cambodia does not have one law which entirely states the rights and obligations of landlord and tenant. There are two different laws (Land Law, dated August 30, 2001, and the Decree-Law No. 38, dated October 28, 1988). There are also regulations (such as Circular No. 01SR on the management of residence and land leased to International Organization, Foreign Companies or Foreigner dated January 18, 1990), which authorizes Cambodians to lease their real properties to international organizations, companies and guests.

Decree-Law 1988 defines the validity and types of frequently used contracts, and has governed contract law in all transactions since the 1993 election.

The 2001 land law provides only general provisions. Detailed formalities regarding real property leases will be issued later, by Sub-Decree of the Royal Government of Cambodia.