The Global Property Guide looks at inheritance from two angles: taxation, and what inheritance laws apply to foreigners leaving property in Spain: what restrictions there are and whether making a will is advisable.

How high are inheritance taxes in Spain? 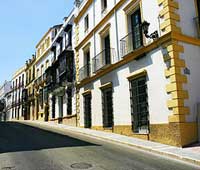 When the owner of a Spanish property dies, his beneficiary (i.e. the individual recipient of the property and associated rights) is liable to pay an inheritance tax.

Inheritance tax is payable on lifetime gifts, or on property received on someone´s death. It is payable if the recipient of a gift, or the heir of an estate, is a resident in Spain, or if the asset being gifted or passed on death is property in Spain.

Some expenses may be deducted from the value of the inheritance: (1) burdens and encumbrances imposed directly on the asset which reduce its value (e.g. pensions, annuities, long leases); (2) duly documented debts (e.g. mortgages, pledges, state and local taxes); and (3) certain expenditures (e.g. medical costs, and expenses with regard to burial, cremation, and inheritance-related litigations).

To arrive at the assessable base, certain allowances may be deducted. The applicable allowance depends on the category the beneficiary falls under:


Additional allowances are given according to the condition of the beneficiary:


The beneficiary may be exempted from inheritance tax on the habitual abode of the deceased owner if:


Finally, the beneficiary has to pay a surcharge which can be computed by applying fixed surcharges to the basic tax due on the basis of the beneficiary´s net wealth before he received the inheritance or gift and his relationship to the deceased owner.


In Spain, it is possible (and it is a better option) to leave a usufruct to the beneficiary instead of the property. This can greatly reduce the inheritance tax payable by the beneficiary.

Thanks to Gómez-Acebo & Pombo Abogados

What inheritance laws apply in Spain?

Spanish laws apply to foreigners who own real property in Spain.

In Spain, the main laws concerning inheritance issues are: (i) the Civil Code; (ii) regional regulations of the Autonomous Communities, where applicable; (iii) Judicial Organic Law; (iv) the Rules of Civil Procedure; and (v) the Hague Convention of 5 October 1961 on the Conflicts of Laws relating to the Form of Testamentary Dispositions.

The Spanish legal system governing property issues is complex because of the application of different laws, dependingon the region where the property of the deceased is located. The common regulations applicable to Spanish territory in general are considered here; however, since the regional regulations of the Autonomous Communities may over-rule these common regulations, it is advisable for foreigners to request local legal advice.

The common regulations concerning inheritance of property in Spain are: 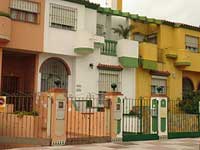 Reserved portions apply to any property regulated by Spanish law.

The portion reserved for legal beneficiaries (i.e. heirs who are relatives of the deceased) is one third of the total value of the property. The remaining two thirds may be transferred to other individuals and/or added to the existing legal beneficiaries portion.

The estate of the deceased therefore consists of:


All legal beneficiaries are granted the same portion of the legitimate part of the inheritance, except for a widowed spouse, whose inheritance is governed by the following rules:


If there are no legal beneficiaries, the estate can be left to anyone desired by the deceased, by means of a will.


If there are no legal beneficiaries, the State inherits the property.

A foreigner who owns property in Spain is recommended to make a will.

Foreigners whose nationality is not Spanish should take local advice when making a will concerning their assets in Spain, because Spanish legal provisions may be different to those established by the laws of the testator´s domicile. In Spain, wills can only be made when the individual reaches the age of 14.

The formalities of making a will and the mains types of wills are:

An owner may not freely give property to anyone prior to death irrespective of whether his/her nationality is Spanish.

If the owner is a Spanish citizen, or a foreigner who is domiciled in Spain, then he/she must take into account the restrictions regarding legal beneficiaries and reserved portions before giving away any property located in Spain during his/her lifetime.

Ownership deeds should be filed with the Land Registry.

Spanish law primarily looks at the Title Deeds and the Land Registry to determine the ownership of real property. Although it is not compulsory to file ownership deeds with the Registry, it is highly advisable to do so.

If the ownership deed is not filed with the Land Registry, then it is difficult to provide proof of ownership. If a doubt regarding ownership of a real property arises, prior registration with the relevant Land Registry prevails. This issue is very important, since the property could have been sold twice without the purchaser being aware of a previous sale. Registrations regarding previous purchases of inherited property should be checked, and the ownership deed should be registered as soon as the transfer of property is executed.

Spanish law does not distinguish between different types of ownership.

The Spanish Legal System does not recognise concepts such as equitable ownerships and trusts. In Spain, the State is never the ultimate proprieter of the real property as may occur in other jurisdictions.

Spouses may choose their property rights.

With respect to the influence of marriage on property, some regions (Autonomous Communities) may have different rules in force, although none of them are compulsory, and spouses may choose between these two systems:


If property is inherited by a child, a guardian must be appointed.

The guardian must administer the inheritance until the child becomes of legal age. A guardian can be appointed by the testator in his/her will, or in the absence of such an appointment, a Judge appoints a legal guardian.

Foreigners must follow legal requirements to acquire property in Spain.

Prior to the acquisition of real property in Spain, all foreigners must request from the relevant authorities, a Tax Identification Number for Foreigners (N.I.E.), which is required to execute the deed of ownership and its subsequent filing with the relevant Land Registry. 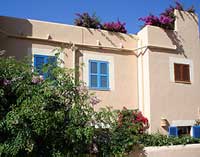 It might also be necessary for a foreigner to communicate the investment of property in Spain to the Spanish Directorate of Commerce and Investments. Acquisitions of real properties with a price higher than € 3,005,060 must be communicated to the Directorate. Foreign nationals from tax havens must make prior declaration of their intention to acquire a property in Spain, regardless of the property´s value.

I got a question, if possible for you to answer it.

I'm a Spanish national living in Baleares. My father, Australian citizen who lived all his life in Australia just passed away. In his will he left his flat (only asset of the will) to myself and my two siblings to be equally divided.
Our plan is to sell the property and divide the cash.
I'm confused as per which country's laws to follow in order to know:
1.- Do I need to pay taxes on the monies I will receive? (He left me a share of his flat but this will need to be sold so I will receive cash instead),
2.- If I need to pay taxes, what's the percentage I will need to pay?
3.- When will I need to declare this to the tax authority in Spain, if I need to pay taxes where I live?