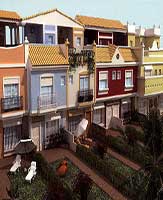 Rents: Can landlord and tenant freely agree rents in Italy?

Rents may initially be freely negotiated, but may not be increased after the initial 4-year contract by more than 75% of the cost of living.

Landlords are forbidden to request payment in advance amounting to more than three months' rent, and the same applies to security deposits. So normally, tenants pay a total of six months' rent - three months advance, three months deposit - prior to occupancy. The deposit is given back with interest (currently at 3%) at the termination of the contract.

What rights do landlords and tenants have in Italy, especially as to duration of contract, and eviction?

There are two types of contracts in Italy:

The standard contract allows the landlord and tenant to decide the terms, including rents.

Its minimum tenancy is for four years, and gives the tenant an option of renewal for another four years, unless the landlord gives six months notice that he wishes to sell the property. During this period the rent may not be raised more than 75% of the cost of living index.

After the second four years, the landlord can terminate the contract by serving six months' notice, and need not invoke specific grounds.

"Special" contracts, on the other hand, follow the guidelines set forth by the national landlords and tenants associations. The tenancy should not be shorter than three years, with an option for renewal for two more years.

These "special" contracts have low rent ceilings, and rent increases cannot exceed the ceiling set by the agreement between the associations. The law of 1998/431 has introduced tax incentives for landlords who opt for these "special" tenancy contracts. 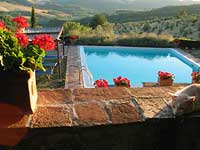 All rental contracts must be in written form and registered to be legally enforceable.

The tenant may choose to terminate the contract at an earlier date for legitimate reasons (i.e. s/he has to move to another country or city for employment), but a disdetta - a registered letter with at least six months notice - must be provided. If such notice is given six months prior to the expiration of the contract, no specific reason is required.

On the other hand the landlord may only serve a disdetta after four years (three for "special" contracts). The following are sufficient reasons:


Subletting is prohibited under "special" contracts. In others, subletting is acceptable as long as the property is not leased to third parties in its entirety. However, provisions for subletting must be clearly stipulated and discussed between both parties. In such cases where it is allowed, the tenant will be liable for any damages caused by other persons granted the use of property.

Tenancy in Italy is regulated by L.n.392/1978 (the 'Fair Rent' Act), L.n.431/1998, and the Constitution. These laws provide the framework for rental contracts, including the duration of tenancy, rent and rent increases, as well as dispute settlement.

How effective is the Italian legal system?

Even though a special procedure speeds landlord/tenant dispute resolution, evictions are slow because the tenants' eviction is usually suspended for six months, or 18 months if the tenant is unemployed, 65 years old and above, or has five or more children.

The rental market has been in decline for decades. Beginning in the 1920s, special statutes denied termination of contracts, and prevented rent increases. Then the 1978 'Fair Rent' Law (No 392) fixed four years as the minimum tenure duration, and continued rent control.

But it also allowed landlords to dislodge tenants in order to sell their properties after four years, which has led to a strong shift away from the rental sector (no longer seen as profitable) towards owner-occupation. The rental law of 1998 does not substantially ameliorate the situation. As might be expected, the market now shows a strong contrast between 'old' contract rents (which have not kept pace with inflation), and 'new' contract rents (where inflation expectations tend to be 'front-loaded' into high rents).