The Global Property Guide looks at inheritance from two angles: taxation, and what inheritance laws apply to foreigners leaving property in Mauritius: what restrictions there are and whether making a will is advisable.


Gifts, wealth, and estates are not taxed in Mauritius.

What inheritance laws apply in Mauritius?

The main provisions of Mauritian inheritance law are embodied in the Mauritian Civil Code, the Successions and Wills Act, the Code of Civil Procedure, and the Non-Citizens (Property Restriction) Act. Private international law (conflict of laws) rules are derived from French case law.

The principles applying to the inheritance of property in Mauritius are:

Mauritian law systematically governs the inheritance of immovable property situated in Mauritius; however, the inheritance of movable assets is governed by the laws of the last domicile (i.e. country of permanent residence) of the deceased. In certain cases, movable property may be governed by another national law designated by the deceased prior to his/her death, subject to the mandatory public policy provisions of Mauritian law.

If real property in Mauritius is acquired through a legal entity, the shares in that entity are deemed to be movable assets in a Mauritian estate, and are therefore governed by the domiciliary law of the deceased, unless the transaction was structured for the essential purpose of evading the mandatory statutory provisions of Mauritian inheritance law.

Restrictions on inheritance of property in a foreigner´s country of origin are reciprocated in Mauritius i.e. a foreigner may not inherit property in Mauritius unless a Mauritian citizen is legally permitted to inherit property in the deceased´s country of origin. This provision stems from a general principle laid down in Article 13 of the Mauritian Civil Code whereby "a non-citizen shall enjoy the same rights in Mauritius as those which are or may be granted to Mauritian citizens by international conventions entered into with the State of the said non-citizen".

Renvoi is given effect under the principles of Mauritian private international law. If the foreigner´s domiciliary law refers inheritance issues back to Mauritius, then the notary or judge in charge of the execution of the Mauritian estate accepts the renvoi and applies Mauritian law.

The procedural aspects of inheritance are dealt with by the Master and Registrar of the Supreme Court of Mauritius (a high-ranking judge). Inheritance cases are heard on the merits before the Supreme Court, either by a Judge in Chambers, or by a Bench comprising one or more judges, depending on the amounts involved.

Prohibition under the Non-Citizens (Property Restriction) Act governs the acquisition of real estate in Mauritius.

Authorization is required from the Prime Minister´s Office before real property can be purchased by a foreigner in Mauritius. The main derogations are acquisitions by inheritance, or by the effect of marriage (subject to certain provisos), or under the Integrated Resorts (luxury villas) and Real Estate Development schemes. The acquisition of movable assets in Mauritius is not subject to such restrictions.

Mauritius is a forced heirship jurisdiction, and reserves a portion of the estate for the children of the deceased. This jurisdiction applies equally to Mauritian citizens and foreigners (provided they are entitled to inherit in Mauritius).

Pursuant to the Mauritian Civil Code, no testamentary provision may encroach upon the "reserved portion", which consists of:

The unreserved or "available portion" of the estate may be freely willed to any other person, including an heir under forced heirship provisions, or any entity, charitable or religious body, whether Mauritian or foreign. The beneficiary under such a will must not be subject to any legal incapacity.

Protected heirs are designated in the absence of a will.

In the absence of a will, the legal order of inheritance, in descending order of priority, is as follows :


In the absence of any protected heirs, the deceased´s estate vests in the Mauritian State.

Although the surviving spouse forms part of the first class of legal heirs, he/she is not a protected heir, and his/her share may be bequeathed to another legatee by gift or testament. Notwithstanding the above, the surviving spouse is entitled to a lifetime right of usufruct over the matrimonial home and furniture.

It is advisable for a foreigner to draw up a will in Mauritius.

A will is not required if the testator´s intention is to bequeath assets equally to his/her legal heirs according to the provisions of the Civil Code; however, a will is essential to favour one or more beneficiaries e.g. if a testator wishes to allocate the available portion preferentially to one child, or if a testator does not have children, and wishes to distribute his/her estate amongst non-preferential heirs, or other legatees, or to a charitable institution.

A foreigner is advised to make a local will in Mauritius to avoid cumbersome legalization, registration and cross-border enforcement formalities associated with a foreign will. 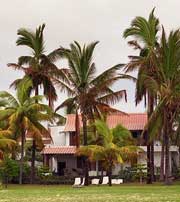 A Mauritian will must be in writing, and may be drawn up either as a private deed or a notarised instrument. A private deed (holographic will) must be written, dated and signed entirely by the testator´s hand on any kind of material. It is usually remitted for safekeeping to a trustworthy person or a notary. When drawn up by and before a notary, the will may be either (i) a public will, which requires the presence of two witnesses and the fulfilment of a number of statutory formalities, or (ii) a "secret will" (testament mystique) which is handed over in a sealed envelope to a notary in the presence of at least six witnesses, subject to the fulfilment of specific formalities.

It is advisable to have a public will drawn up before a notary in Mauritius. This ensures physical preservation of the document, and avoids any subsequent unwarranted litigation regarding the validity of the testament.

Inter vivos gifts of property must consider the share of the forces heirs.

Property in Mauritius can be given to any person during the lifetime of the owner (subject to exceptions deriving from the application of the donor´s matrimonial regime); however, if the deceased is survived by heirs protected by forced heirship rules, then the donated assets must be pooled back into the estate for the purposes of calculating the reserved and available portions. If the value of the inter vivos gifts exceeds that of the available portion, then the gifts are reduced down to that value, and the excess is allocated to the protected heirs. In the absence of protected heirs, all lifetime gifts remain valid and effective in their entirety.

Ownership of matrimonial property is determined by the matrimonial regime governing the spouses.

The simplest case is that of spouses, whether Mauritian or foreign, married under Mauritian law. In the absence of an express choice, the statutory joint matrimonial property regime (communauté de biens) applies. Only assets acquired after marriage are owned in common, and assets owned prior to marriage remain the sole property of the relevant spouse. Alternatively, spouses may elect to be governed by the separate matrimonial property regime, or by a prenuptial agreement.

If spouses have different nationalities, this is not relevant to inheritance law, but it might become an issue with respect to the spouses´ matrimonial regime. The spouses´ joint matrimonial assets, if any, must be partitioned before the estate of the deceased spouse can be allocated to the protected heirs. Nationality per se is not a criterion for the applicability of a matrimonial regime, but can be one of the factors taken into account to determine applicable law where the domiciliary law of a spouse comprises mandatory provisions to that effect.

The situation is more complicated if other elements of extraneity are introduced; for example, a French-Mauritian couple could get married in France during a holiday trip, then settle in the UK, and own property both in England and in Mauritius. The overriding principle is that the law of the spouses´ first effective (not temporary) matrimonial domicile is the applicable law. Thus, although both French and Mauritian law provide for the joint matrimonial property regime to apply by default, in the example given here, both spouses are governed by the English regime of separate matrimonial property, because England is the country of their domicile.

There are myriad such permutations, and each case must be individually assessed for the purposes of determining applicable law(s). However, as in the case of cross-border inheritance, Mauritian conflict of laws principles are exactly the same as the French ones.

The evidentiary value of the registered title deed is paramount, but it should be noted that if a person is married under the joint matrimonial estate (communauté de biens) regime, any property purchased in the sole name of a spouse nevertheless automatically becomes jointly-owned by both spouses. 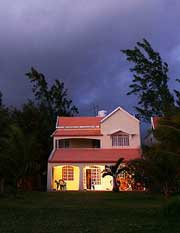 The English legal system of "equity" forms part of Mauritian law, which also incorporates a Trusts Act. Thus equitable interests (beneficial ownership) are recognised and enforced in Mauritius, provided that the legal owner is registered in the capacity of trustee of the property. Implied equitable interests may also arise, although there is no Mauritian case-law on this subject to date.

An estate may validly be vested in whole or part to a minor or other legally incapable person.