The Netherlands’ house prices continue to accelerate, buoyed by record low interest rates, and with supply unable to keep up with strong demand. The average purchase price of all dwellings rose strongly by 15.33% during the year to Q3 2021, up from the previous year’s 7.36% growth. It was the country’s best showing since Q2 2000. On a quarterly basis, house prices increased 5.18% during the latest quarter. 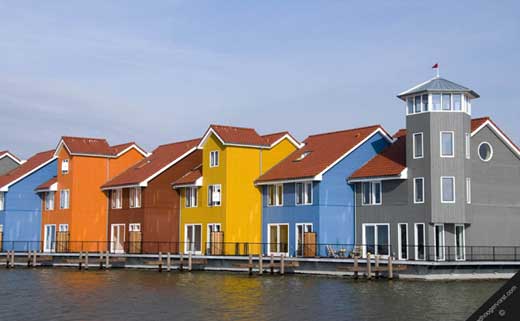 During 2020, dwelling completions fell by 3.1% from a year earlier, to 69,322 completions – inadequate to meet the surging demand. The housing shortage in the Netherlands was estimated at about 200,000 units this year.

Recent news: In Q3 2021, the Dutch economy grew by 5% from a year earlier, following a 10.4% expansion in the previous quarter, mainly driven by a strong rebound in household consumption and trade, according to the CBS.