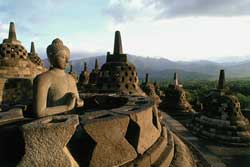 Rents, rental yields: yields are high in Jakarta at around 7.40%

Recent news: In 2018, the economy grew by a healthy 5.15%, at par with the previous year’s 5.07% growth, thanks to strong private consumption and fixed investment. The Indonesian economy is expected to remain strong this year, with a projected GDP growth rate of 5% to 5.4%, according to Bank Indonesia.

After facing one of the most serious political and religious tensions in Indonesia’s history last year, political conditions have also improved dramatically in recent months, with President Widodo’s popularity back to its near record highs. Recently, Widodo named cleric Ma’ruf Amin as his running mate in April 2019’s presidential elections, in a sign that he wants to strengthen his Islamic credentials.