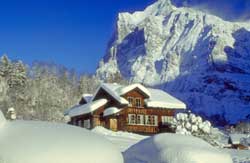 The property market’s slowdown can be attributed to the Swiss National Bank’s stricter lending criteria, designed to lower housing debt (currently 90% of all household debt). The decision of the central bank to abandon its cap against the euro in 2015 also made Swiss real estate more expensive for foreign investors, thereby reducing demand.

Recent news. The Swiss economy was estimated to have expanded by a mere 0.9% last year, sharply down from the prior year’s 2.8% growth, amidst weak domestic demand. In fact, it was the lowest growth in a decade. The economy is projected to expand by 1.3% this year and by another 1.6% in 2021, according to the International Monetary Fund (IMF).