After several years of lacklustre performance, South Korea’s house prices soared by 10.41% in 2021, up from the previous year’s 7.82% growth and its strongest growth in 19 years. On a quarterly basis, house prices increased 1.55% in Q4. 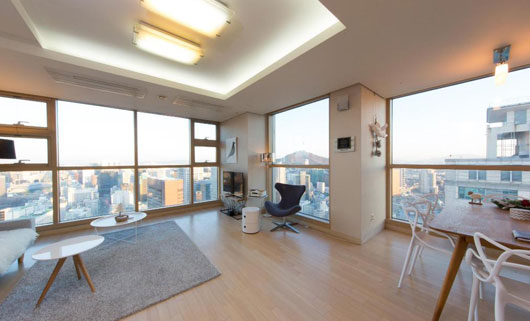 Foreigners have been buying more properties in South Korea in recent years, though the country has a reputation of not being easy to navigate. The housing market is unusual, with huge key money deposits (the Chonsei system), and significant government intervention.

Recently, in a typical intervention, the authorities decided to put a brake on the market once again. According to a directive released by the Financial Service Commission (FSC), beginning March 2, 2020, the current loan-to-value (LTV) ratio of 60% will be lowered to 50% when buying homes valued up to KRW 900 million (US$800,000) in the newly designated “speculative areas”. For properties valued above KRW900 million, a 30% LTV ratio will be applied. Moreover, homeowners with one house in speculative areas are eligible to apply for mortgage loans to buy another home but must sell their current property within two years. The new rule also compels them to move into the newly purchased home. These new rules followed other anti-speculative measures introduced in past years to curb house prices in so-called “overheated speculative zones”, including Seoul, Gwacheon and Sejong City.

In 2021, the government announced a plan to construct 830,000 new housing units nationwide, including 320,000 units in Seoul by 2025, in an effort to address the shrinking supply and control house price rises.

Recent news. South Korea’s trade-reliant economy expanded by 4% in 2021 from a year earlier, the fastest growth in 11 years, driven by strong exports and construction activity, according to the country’s central bank, Bank of Korea (BOK). This fully offsets the 0.9% contraction in 2020 – the economy’s first decline in 22 years, on the back of the COVID-19 pandemic.

The BOK expects the economy to expand by 3% in 2022, as Asia’s fourth-largest economy benefits from strong computer chips exports and increased public spending.