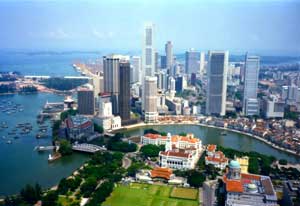 Foreigners in Singapore need to wait three more years before they can acquire property in spite a residential permit and restrictions on new mortgage loan tenure had been set by the country’s Housing & Development Board (HDB).

In its website, the HDB announced that beginning on 27 August, Singapore cuts the maximum tenure for new home loans built by the state to 25 years and mortgage fees are now capped at 30% from35% of gross monthly income.

Analysts perceive this move as insensitive and paralyzing the private residential market because a weaker HDB resale will prevent households to sell their flats inspite the financial capability and willingness to upgrade.

The HDB announced that they introducing the two measures to stabilise the HDB resale market.

It further says in its website that these new property curbs are in line with the Monetary Authority of Singapore to urge residents to have more financial prudence especially now that interest rates are very low and could not be sustained for long.

This new announcement came 10 days after Prime Minister Lee Hsien-Loong tried to assure the crowd during the national celebration that he will keep the HDB flats affordable.

Home sales skid to 481 units last month, 73% lower from a month earlier, according to data from the Urban Redevelopment Authority on Aug. 15.