Qatar's house prices are now falling, amidst declining demand and widening oversupply of residential properties. The nationwide real estate price index fell by 4.78% during 2020, worse than the previous year’s minuscule growth of 0.55%. Property prices fell by 3.39% q-o-q during the latest quarter. 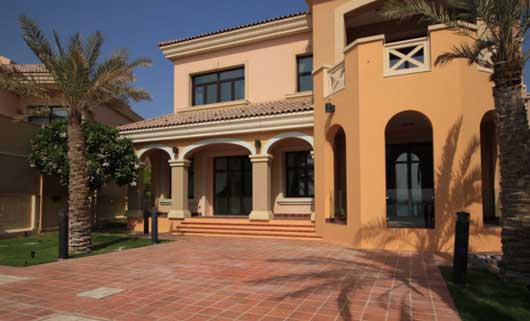 Real estate transaction volumes rose by 36% to QAR 31 billion (US$8.5 billion) in 2020 from QR22.8 billion (US$6.3 billion) in 2019, according to the Ministry of Justice. After a transactions lull in Q2, activity bounced back strongly in the second half, with the value of deals surging by about 128% in December 2020 from the previous month.

In October 2020, the Qatari government loosened its foreign property ownership rules further, to attract more expatriates and foreign buyers, as well as real estate funds. The new law will include two important changes: an increase the number of locations where non-Qataris can purchase real estate outright; and a two-tiered residency program that rewards large investors with government-provided services.

Earlier, the Qatari government approved Law No. 16 of 2018, which increased the number of freehold zones in Qatar from 3 to 10 from March 2019. Aside from The Pearl, West Bay Lagoon, and Al Khor, foreigners are now allowed freehold ownership in Rawdat Al Jahaniyah, Al Qassar (Area #60), Al Dafna (Area #61), Onaiza (Area #63), Al Wasail (Area #69), Al Khraij (Area #69), and Jabal Theyleeb (Area #69). This is expected to boost foreign demand in the long term.

An additional 8,200 residential units are expected to be completed this year, according to ValuStrat, and nearly 80% will be concentrated in Qatar’s leading residential areas of Lusail, The Pearl-Qatar, and West Bay. By end-2020, the residential stock stood at 303,015 units.

Recent news. In January Saudi Arabia and Qatar agreed the end of Saudi’s three-year long economic blockade, and the re-opening of borders.  The blockade began both because Qatar's more liberal politics irritated the Saudis, and because the Saudis believed Qatar had been aiding the Iran-backed Houthi rebels in Yemen. However Qatar was able to survive the blockade with Iranian assistance, and in a surprise move in December 2018, Qatar ended its nearly 60-year membership of the Organisation of the Petroleum Exporting Countries (OPEC) – the oil cartel dominated by Saudi Arabia.

The Qatari economy contracted by about 4.5% last year, following an almost zero growth in 2019, according to the International Monetary Fund (IMF). The economy is projected to grow by a modest 2.5% this year.