Mexico’s housing market remains stable, with the nationwide house price index rising by 1.46% in 2021, following growth of 1.79% in 2020. On a quarterly basis, house prices fell slightly by 0.8% during the latest quarter. 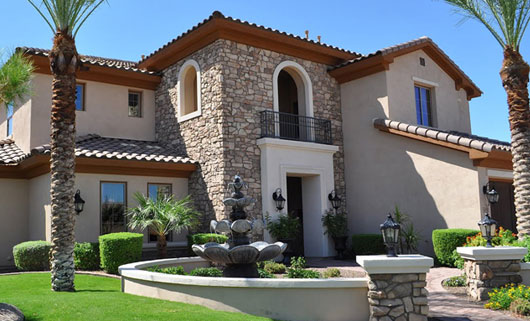 The luxury market has been buoyed by both foreign and domestic demand. Mexico’s real estate market has been buoyed by strong demand in resort communities, according to the International Consortium of Real Estate Associations (ICREA). Before the pandemic, American and Canadian buyers were returning to Mexico after a several-year slump, thanks to low oil prices and the strong US dollar, pushing home values up.

Mexico’s rising middle class is continuing to boost the housing market. The country’s middle class was estimated to account for almost half of the total households, at 14.6 million. They are expected to continue growing, with about 3.8 million more households projected to move into the middle class by 2030.

However the ongoing pandemic is causing a temporary slowdown in housing demand, resulting in slowing in house price increases over the past two years.

Recent news. Mexico’s economy grew by about 5% in 2021, partially recovering from the huge contraction of 8.5% in 2020, as the country has battled the twin impact of the COVID-19 pandemic and energy shortages. The economy is now expected to expand by a modest 3.3% this year and by 2.5% in 2023, mainly driven by strong exports and domestic consumption, according to the OECD.

In February 2022, the central bank Banco de Mexico (Banxico) raised its key rate by another 50 basis points to 6%, its sixth consecutive rate hike in the past eight months, as inflation expectations are rising again.