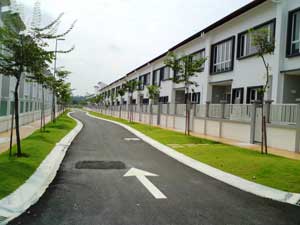 While the past several years saw boisterous foreign investor activity in Malaysia’s real estate market due to lax regulations and restrictions, recent changes stipulate that foreigners in Malaysia will now only be able to purchase property priced at RM1 million or above with higher real property gains tax (RPGT) imposed by the ruling government.

Based on Budget 2014, announced by Prime Minister Datuk Seri Najib Tun Razak on October 25, 2013, the government will be imposing stricter governmental restrictions to curb speculations by local and foreign investors in the real estate market.

These new regulations, effective January 2014, include an increase in the minimum value of property foreigners can purchase from RM500,000 to RM1 million, and RPGT hikes from tiered rates between 5% and 15% to a flat rate of 30% if disposed in the first five years and 5% if disposed from the sixth year onwards.

These new regulations may not have a direct impact on local home buyers and long-term investors, but have more serious implications on foreigners who wish to buy a home in Malaysia.

Property consultants and analysts described the proposed new real property gains tax (RPGT) regime as both timely and much needed in view of a property market rife with property market speculation.

However, will these regulations really lower the property value in Malaysia in the future?

Real Estate and Housing Developers Association (Rehda) president Datuk Michael Yam said that the doubling of RPGT could encourage investors to hold on to their properties causing a drop in supply in the secondary market and drive prices even higher.

“Genuine house-buyers may be hurt,” he said. “Some fine-tuning of the RPGT may be necessary.”
Yam said that contrary to some expectations in the market, he does not expect the property prices to drop due to the changes in the property gains tax structure.

“Prices are not going to reduce,” he said. “At best it will stabilise. At worst, the rate of escalation will be slower.”

According to James Wong, the publicity chairman of the Association of Valuers, Property Managers, Estate Agents & Property Consultants in the Private Sector Malaysia (PEPS), the increased tax on foreign buyers was also significant as it involved disposal from the sixth and subsequent years, The Star reported.

“This will stamp bulk-buying by foreigners with speculative intentions. However, it will also affect Iskandar Malaysia, if there is excessive speculation there but on a longer time, it will bring confidence into that market. In the interim, there may be a slight slowdown in sales but in six months to a year, it will self-correct,” said Wong.