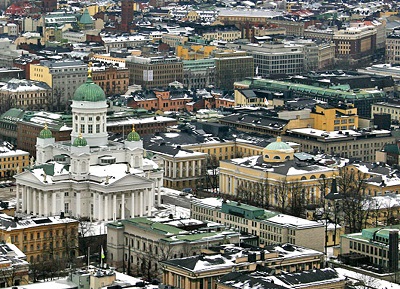 Analysis: Demand falling, construction surging. One of the main reasons of the sluggish house price growth in Finland maybe the continued surge in construction activity despite falling demand. During 2018, total transactions of old dwellings fell by 2.7% y-o-y to 58,124 units, according to Statistics Finland. On the other hand, dwelling starts in residential buildings rose by 3.7% y-o-y to 42,577 units in the first eleven months of 2018 while completions were up by 19.3% to 37,268 units.

However the economy is now gradually improving, with the unemployment rate falling to 5.4% in December 2018, from 8.4% a year earlier.

Recent news. The Finnish economy expanded by about 2.7% in 2018, according to the Bank of Finland – the second fastest growth since 2010. The economy is expected to expand by a modest 1.9% this year and by another 1.7% in 2020, according to the central bank.