After a two-year slowdown, Canada's housing market bounced back strongly last year despite the COVID-19 pandemic. House prices in the country’s eleven major cities rose by 8.39% during the year to Q1 2021, a sharp acceleration from the previous year’s 2.92% growth. Quarter-on-quarter, house prices increased slightly by 0.73% in Q1 2021. 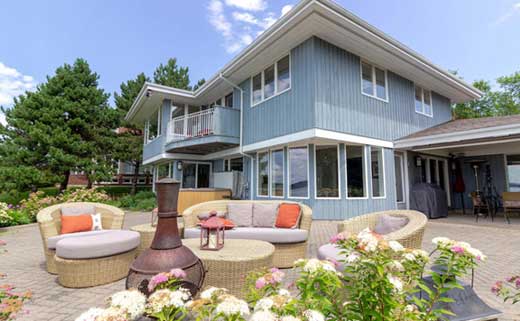 Central bank actions to raise mortgage downpayment requirements and reduce amortization periods, among others, resulted in a sharp slowdown in house price growth in 2018 and 2019. But as the impact of these curbs have waned, the housing market has bounced back.

Recent news: Canada’s economy contracted by around 5.4% last year, as consumer spending and business activity almost ground to a halt due to the COVID-19 pandemic, according to Statistics Canada. It was the steepest annual decline since quarterly data were first recorded in 1961.

As the economy recovers the International Monetary Fund (IMF) has upgraded its 2021 growth forecast for Canada to 5%, up from its initial projection of 3.6%. The Bank of Canada (BoC) is even more optimistic, raising its full-year GDP growth forecast this year to around 6.5%, up from its January estimate of 4% expansion.