Brazil has been in crisis since 2013 when the central bank raised key interest rates nine times to 11% in April 2014, causing a sharp economic slowdown. 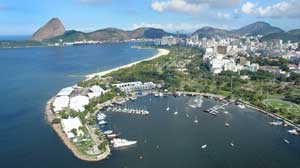 In 2016, President Dilma Rousseff was impeached, the speaker of the house jailed, five Cabinet ministers were removed or stepped down because of corruption allegations.  The bribery scandal involving Brazilian construction giant Odebrecht is ongoing.  It has disrupted politics in more than half of the countries in Latin America, as well as in Angola and Mozambique. Odebrecht is behind the construction of venues for the 2014 World Cup, the 2016 Olympics, the metro systems in Caracas, and other huge infrastructure projects.

In Q2 2019, Brazil’s unemployment stood at 12%, down from 12.4% a year earlier, according to the government’s statistics agency IBGE.

Recent news. Brazil’s index of economic activity, the principal indicator of GDP, fell by 0.13% in Q2 2019 from the previous quarter, following a 0.68% decline in Q1 2019, based on preliminary figures released by the Central Bank of Brazil – a result that if confirmed could bring the country into recession. Recently, the Brazilian government slashed its economic growth forecast for this year to 0.8%, from an earlier estimate of 1.6%, amidst weak industrial production, low investment, delayed fiscal reforms and high unemployment.