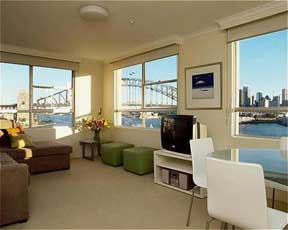 “Home-owners always like to see interest rates go down. This cut means the average loan repayment is reduced from $2,155 to $2,105 or by $50 per month,” according to Real Estate Institute of Australia (REIA) President, Ms Pamela Bennett in reaction to the RBA’s decision this afternoon.

Ms Bennett said in an issued statement that the 0.25 percentage point reduction will be a relief for home owners and potential buyers.

Across Australia's eight state and territory capitals, house and apartment prices rose the highest since March 2010.

Home prices in Australia has risen for the fourth consecutive month in September, in what could be a confirmation that the rate cut is finally taking effect.

In the latest RP Data Rismark Home Values Index released on Tuesday by the property research firm RP Data, across Australia's eight state and territory capitals, house and apartment prices jumped 1.4 per cent in September from a month ago, the highest since March 2010.

"It's no coincidence that housing market conditions bottomed out at the end of May, after the Reserve Bank cut the official cash rate by 50 basis points," Tim Lawless, research director at RP Data, said in a statement.