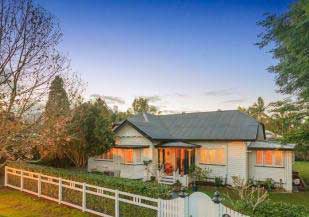 Australia’s biggest banks led by the big 3 –the National Australia Bank, the ANZ Bank and the Commerce Bank—account for the highest residential mortgage in the world, which should be guarded as they remain vulnerable to house price corrections.

The high exposure to residential mortgage represents a valid risk for banks and the Australian economy.

The high exposure of Aussie banks to home loans causes investors to raise concerns.  Nonetheless, some analysts have downplayed the threat, but Mr. Hughes warns that taking it from the experience of the U.S. subprime mortgage crisis is enough proof that Australia should not be complacent.

Since houses in Australia are overvalued, many Australians consider housing affordability an issue.  This is true especially for voters as housing ranks ahead of border security, broadband and education among the issues government must focus on.

According to a study conducted by Auspol, 84%of Australians believe housing affordability is more important than other issues.

Apparently, Australians are frustrated by the lack of affordable housing but their anger has yet to be directed to political leaders running the country.

With Australia going into polls in September, political parties are yet to raise platforms as to how they should address the country’s housing policy.