Rents: Can landlord and tenant freely agree rents in Sweden?

The European University Institute (EUI) calculates that to make a 5% return on investment, a developer would need to set rents 70% higher than allowed by the Rent Tribunal. Rents in all dwellings must match rents for alternative, comparable dwellings, based on size and 'attractiveness', primarily rents in low-rent municipal houses. Rents are little influenced by location, so that metropolitan units are specially underpriced. The system is enforced by Rent Tribunals.

The rules apply to all rented dwelling units, with few exceptions. The rules are mandatory - if the tenant waives his rights, this must be approved by either the Rent Tribunal, or form part of a collective contract agreed between Landlord and Tenant Associations.

The landlord is required to notify the tenant if he proposes to increase the rent. If the tenant agrees, or is passive for more than two months, the new rent will be applied. But a tenant has the right to reject any rental increase, and the landlord has to appeal to the Rent Tribunal for the increase to take effect.

Deposits are not allowed in Swedish contracts.

What rights do landlords and tenants have in Sweden, especially as to duration of contract, and eviction?

Tenants have the right to prolong their contract, essentially for ever. The rule is totally asymmetric; a tenant may at all times serve three month's notice, even when the contract is fixed for a certain time, and terminate the agreement.

If the landlord's reasons to terminate are exceptionally strong - e.g. a need to carry out construction work on the premises - 'prolongation' can be denied, but the landlord would in many cases have to provide an alternative apartment.

Transfers to spouses and other closely related persons and homosexual partners, are possible. Tenants cannot sell the tenure or give it to someone else against the wishes of the landlord. But they can exchange the tenure for another dwelling - a tenancy, a cooperative apartment, or a house to own.

Sub-letting is allowed so long as the number of inhabitants does not constitute a health hazard or substantially degrade the dwelling, for instance 9 or 10 people in a 2-person apartment.

The tenant may redecorate the interior, re-paint, re-paper, put up tiles, lay wall-to-wall carpets, and change inner doors without the landlord's consent.

The tenant has a right to "fully serviceable" accommodation, including heating, hot and cold tap water, WC, a shower or a bath tub, electricity, a stove, a refrigerator and access to a washing-machine.

Tenancy contracts are almost always standard form contracts, pre-formulated by landlords associations, after having gained the approval of tenants' associations.

How effective is the Swedish legal system?

The vast majority of landlord-tenant cases are settled in less than six months by Rent Tribunals. Tenancy Law is treated as a legal speciality on its own, and specialist lawyers serve the Rent Tribunals, which are not part of the formal legal system.

The Land Code of 1970, which incorporated the previous Tenancy Act of 1968, contains all the rules about real estate. The provisions on tenancy are contained in Chapter 12, often called the 'Tenancy Act' ("hyreslagen"). The Tenancy Bargaining Act of 1974 regulates the current process of rent-setting. The Property Acquisition Act of 1982 made it possible to convert a tenancy apartment into a co-operative. If two-thirds of the tenants form an association, they can buy at a price well below house's the true market value, so long as the profit is maintained at a low level by rent control.

Until the Second World War the liberal model prevailed, with freedom of contract. But the 1942 Act on Rent Control established the tenant's right to renew his contract, and imposed strict controls on rents. 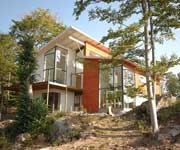 When the liberal-conservatives took power in 1991-1994, they began to reduce subsidies for dwelling construction and encourage the sale of municipal apartments into privatized 'cooperative housing'. Subsidies have been drastically reduced. Few apartments are now being built, mostly co-ops.

This unhappy state of affairs may be resolved by a move to market principles. In January 2003 a radical rent adjustment was proposed by the Landlords' Association, the Tenants' Association and the Municipal Housing Companies' Organization. New tenants would immediately pay higher rents. Existing tenants' reductions would be slowly phased out. But the future of this proposal is unclear.