Rents: Can landlord and tenant freely agree rents in Liechtenstein?

Rents can be freely negotiated between landlord and tenant, as can many other points appearing in a rental contract. There are rental indices, but these constitute more an orientation than an obligatory numerical value. 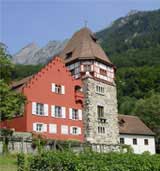 The civil code has provisions disallowing disproportionate increases in rental prices. A basic rule is that the rent can only be raised where the contract is for more than 2 years' duration, and only proportionally to the real inflation rate.

A maximum of three months' rent can be taken on deposit. When this deposit is held by the landlord for more than a year, he must pay the standard interest rate on those funds.

How effective is the Liechtenstein's legal system?

Landlord and Tenant Laws are enforced through local courts in Liechtenstein, whose procedure follows the Court Rules for Tenancy issues. The law's tendency to favour the landlord is noticeable, because hardly any legal dispute go beyond the court of first instance.

In fact, there have been very few cases of disputes in this area. Legal costs are very high and tenants usually cannot afford the cost and effort. However, in the case of disproportionate rent increases, or where the tenant is in special circumstances (e.g. many children), a court procedure may be worthwhile because the court may allow the tenant to extend the time before an eviction for up to a year, depending on the situation.

The first Civil Code of 1811 was a mixture of Swiss and Austrian Laws. These laws were adjusted only by decrees, while the wording of the initial laws stayed the same. In the early years, the law contained no protection for the tenant whatsoever. In 1942, the Liechtenstein Government wrote a decree to ensure basic tenant protection, because landlords were taking advantage of the wartime scarcity of houses to evict tenants, even in the winter months, and to rent out their property to the highest bidders.

Generally no major changes have occurred to increase the right of tenants, though in 1975, for the first time, tenants were given the legal possibility to delay the process of eviction up to a year.