Pakistan's Landlord & Tenant law is based upon justice and fair play. It appears to lean towards the tenant, but in reality, does not do so.There are four main laws dealing with rent restriction, which cover the following areas of Pakistan.


Can landlord and tenant freely agree rents in Pakistan? 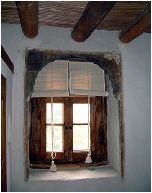 In Islamabad Capital Territory rents can be freely agreed between landlord and tenant. The rental agreement must be registered with the Rent Controller within a week of signing the agreement. The rent of a building is automatically increased at the end of every three years of the tenancy by 25% of the rent already being paid by the tenant, unless the landlord and tenant agree to increase the rent by an agreement in writing.

In the five other areas of Pakistan covered by distinctive provincial legislation, the Rent Controller is empowered to fix a fair rent, on application by the tenant or landlord.

These five other areas are


The following factors are considered in deciding on a fair rent:


In the Cantonment areas, and in Punjab/NWFP/Baluchistan, if the fair rent exceeds the rent being paid by the tenant on the date of filing the application, the maximum rent increase is 25%.

In Sindh, where a fair rent has been fixed, no increase may be affected for three years. In any event, the increase in rent may not exceed 10% per annum on the existing rent.

In Islamabad Capital Territory and the Cantonment areas, if the rent has been determined by agreement between the landlord and tenant, no further increase is permissible during the tenancy if it is less than three years, except where some addition alteration or improvement has been carried out at the landlord's expense and at the request of the tenant. The rent so increased may not exceed the fair rent payable for a similar building or rented land in the same locality, and is not chargeable until the improvement or alteration has been completed.

What rights do landlords and tenants have in Pakistan, especially as to duration of contract, and eviction?

In Islamabad Capital Territory and the Punjab, NWFP and Baluchistan the tenancy may be brought to an end:


A tenancy may also be brought to an end in these areas:


Provided that where the application made by the landlord in Punjab and Baluchistan on the above ground involving default of one month only and the tenant on the first date of hearing admits his liability to pay the rent due from him the Controller shall, if he is satisfied that the tenant has not made any default on any previous occasion, direct the tenant to deposit all the rent due from him on or before a date not exceeding fifteen days to be fixed for the purpose, and upon such deposit being made he shall make an order rejecting the application. If such deposit is not made he shall make an order that the landlord be put into possession of the property without taking any further proceedings in the case.

Where the tenant has without the written consent of the landlord: 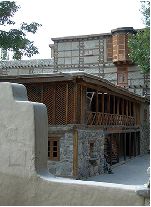 The controller may give the tenant reasonable time to put the landlord in possession of the building or rented land, and may extend such time, but not to exceed four months (three months in Islamabad Capital Territory) in the aggregate.

In Sindh, slightly different rules apply. Here the tenancy may be brought to an end:


He may inform the tenant in writing that he or she needs the building for personal use and require him to deliver vacant possession of the building within such time as may be specified in the notice, not being earlier than two months from the receipt thereof;

This provision will not apply where:


A tenancy may be also brought to an end, by application to the Controller, if:


In Cantonment areas the situation is again slightly different. Here a notice in writing may generally be given:


A landlord who seeks to evict his tenant shall apply to the Controller for an order in that behalf, and the Controller may, after giving the tenant a reasonable opportunity of showing cause against the application, make an order directing the tenant to put the landlord in possession, if he is satisfied that:


The Controller may give the tenant a reasonable time for putting the landlord in possession of the building, and may extend such time so as not to exceed three months in the aggregate.

A landlord may also apply to the Controller for an eviction order of a tenant if he requires the premises in good faith for his own occupation or for his family members.

Where the tenancy is for a specified period agreed between the landlord and the tenant, the landlord shall not be entitled to apply before the expiry of such period for eviction of tenant to the Controller on the above grounds.

Any amount of security deposit and rental deposit is legal, in all provinces and areas of Pakistan.

The chief legal instrument is the constitution of 1973 (the "Constitution"). It establishes the relationship between the Federation and the four provinces. Legislative powers are distributed between the Federation and provinces by means of legislative lists. The Constitution contains the Federal Legislative List as well as the Concurrent Legislative List. Matters included in the Concurrent List are covered by Federal as well and Provincial Legislation. Matters not included in either of the two lists are within the exclusive domain of the provinces. However, no Provincial Statute may be drafted which is in conflict with a Federal Statute. The Concurrent List specifies property related matters and other civil claims as being within the legislative scope of provincial legislature.

There are four main laws dealing with rent restrictions. They are as follows:


Although the provisions of all these laws are for the most part similar, there are certain crucial differences.

How effective is the Pakistani legal system?

The legal system generally, and in relation to rent matters particularly, is very effective, if a little slow. The rights of the parties are strictly enforced and the rules are fairly consistently interpreted and applied.

Any rent agreement executed on yearly basis or for any term exceeding one year or reserving a yearly rent are registerable under section 17 of the Registration Act 1908. Failure to register invalidates the agreement.

Although the law may seem pro-tenant, and indeed although the preambles to these various legislations state: "it is expedient in the public interest to restrict the increase of rent of certain premises within (the specified) limits and the eviction of tenants there from," in fact the courts have held that these laws are not only confined to their preamble object (to restrict increase of rent and the eviction of tenants), but are also aimed at protecting and regulating the interests of both tenants and landlords.

Does any body know that if your land lord is annoying you and not taking rent hence not giving you the rent receipts then is it possible to pay the rent in court if yes please guide about the procedure in detail thanks.

I think no legal document is valid by either LandLord or Tenant. As this is a formality of the law ,and law is blind, there is no justice, if what was agreed upon by both the parties was valid and acceptable then there would be no pending cases in the court. I think it is purely a trust ,and Allah is the sole judge, it takes a little long to resolve the case in Allah's court but one receives the justice.

Thanks for your guidance, please also clear one more thing about increase in rent in Sindh cantonment area that as per law increment on existing rent after three year it will be increased by 30% (10% 10% 10%)or only 10% after every three years??