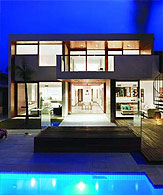 Rents: Can landlord and tenant freely agree rents in Estonia?

Despite the abolition of national rent control by the Housing Act (1992), the Law of Obligations S 301 forbids "excessive rents," which are defined as those where "unreasonable benefit is received from the lease of the dwelling, except in the case of a luxury apartment or house."

However in practice housing rented by readers of this guide is likely to fall into the 'luxury' category, and thus be free from rent control.

Agreements for periodic rental increases are valid in fixed term contracts if:

Rent control in such cases is administered by the local municipality. Control is exercised not at the time of initial rental agreement, but when the landlord asks for a rent increase, which he can do every six months, or one month in the case of furnished rooms. The landlord is permitted to agree a rent at a level covering the actual costs of housing, i.e., the costs for housing maintenance, the renovation costs, housing services and owner-profit which is allowed to account for up to 10% of the total rent price. The landlord must give 30 days notice in writing, and the date, reasons, and procedure for contesting the rent increase, which is by going to the local courts.

All taxes related to the housing are to be borne by the landlord.

The landlord can ask for up to three months deposit. The lessee may pay this deposit in three equal installments, beginning after entry into the contract. The deposit must be kept by the landlord in a segregated account, earning at least the local average interest rate, which interest must be paid to the lessee on return of the deposit.

What rights do landlords and tenants have in Estonia, especially as to duration of contract, and eviction?

Contract periods can be freely agreed between landlord and tenant, but there are dangers. 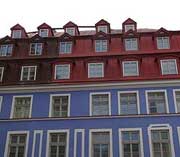 Upon expiry of a specified term lease, or cancellation of a lease contract, the tenant may demand that the contract be extended for up to three years, if the termination of the contract would result in serious consequences for the tenant or his family. The tenant can in fact repeatedly demand extension, but may be required to show that he has done all that is reasonable in order to find new housing. 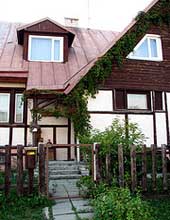 Unspecified term contracts may be cancelled by either party at three months' notice. However contracts may not be cancelled in 'bad faith,' i.e., because the landlord wants to raise the rent and the tenant does not consent, or during proceedings.

Repossession for non-payment of rent can be very difficult. After three months of non-payment pass a court can issue an order, but if the tenant makes partial payment the order will not be issued.

Tenants may sub-let the premises with consent, such consent not to be withheld except under strict conditions. But the tenant remains responsible for the activities of the sub-lessee.

How effective is the Estonian legal system?

In 1992 centralized rent control was abolished. Housing privatization started in 1994 and continued till June 2001, shifting almost all housing from state ownership to municipal ownership, then to private ownership at very favourable terms (many buyers paid around 1% of the value of the property).

In a few cases the property was restituted to pre-Soviet occupation owners and the tenants could not buy the property but benefited from strong rent control, abolished recently. In 2004, the Supreme Court ruled that the abolition of rent ceilings for tenants in restituted houses is legal.