U.S. house prices continue to rise, albeit at a much slower pace

After six years of strong house price growth, the U.S. housing market is cooling. The S&P/Case-Shiller seasonally-adjusted national home price index rose by just 1.49% during the year to Q2 2019 (inflation-adjusted) – the lowest growth since Q3 2012. Real house prices fell by 0.15% during the latest quarter. 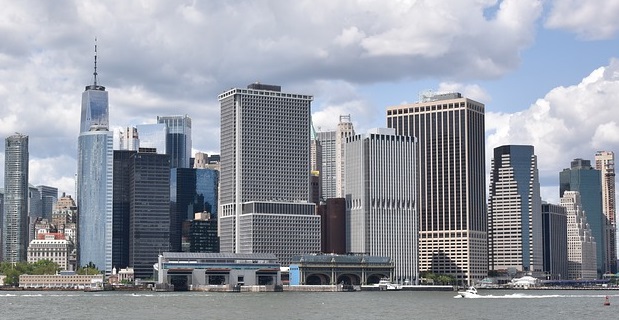 Sales of new single-family houses were up 4.3% y-o-y to a seasonally-adjusted annual rate of 635,000 units in July 2019, according to the US Census Bureau. On the other hand, existing home sales rose slightly by 0.6% y-o-y to a seasonally-adjusted annual rate 5.42 million units over the same period, based on figures from the National Association of Realtors.

U.S. homebuilder sentiment remains high at 66 in August 2019, higher than the previous month, amidst falling mortgage rates, according to the National Association of Home Builders (NAHB)/Wells Fargo Housing Market Index (HMI). A reading of 50 is the midpoint between positive and negative sentiment.

Recent news: The U.S. economy grew by 3% in 2018 from a year earlier, up from an expansion of 2.2% in 2017 and actually the fastest pace since 2005, according to the U.S. Federal Reserve. However, the world’s biggest economy is expected to slow in coming years, with projected GDP growth rates of 2.3% this year and 1.9% in 2020, mainly due to the ongoing trade war.