Rents: Can landlord and tenant freely agree rents in the UK?

Rents can be freely negotiated when the contract is signed. 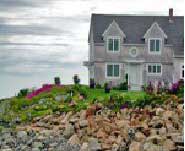 If the tenant thinks his rent is higher than is being paid by other tenants for similar properties, he can go to a rent assessment committee, which will assess a market rent. However, UK law gives the tenant no protection against retaliatory eviction by the landlord.

Rent increases must be notified to tenants using a special form; if the tenant does not agree, he can go to the rent assessment committee. Again, the problem is that UK law gives the tenant no protection against retaliatory eviction by the landlord, who can evict him at two months' notice without giving a reason.

There is no definite legal restriction on the deposit, but if the deposit is for more than two months' rent, it could possibly be regarded as a premium (which would be illegal). One month's deposit is customary.

What rights do landlords and tenants have in the UK, especially as to duration of contract and eviction?

Contracts may be for any term that the parties agree - two weeks, a month, six months, ten years, or whatever.

There is an implied term that the tenant shall not sublet without the landlord's consent, such consent not to be unreasonably withheld.

Since 28 February 1997, all new tenancies for less than £25,000 per annum are "assured shorthold tenancies," unless the contract specifies that the dwelling is being let on an "assured" tenancy. (Tenancies above £25,000 per annum can be entirely freely contracted).

Where the tenant refuses to surrender, the landlord cannot just walk in, he must apply to the court for a possession order, but this is easy and relatively quick. The court has no discretion to refuse.

If the contract is for a longer fixed term the landlord cannot apply for possession before the end of that term. Again, two months' notice must be given after the end of the term.

At the end of any fixed term the tenancy becomes a periodic month-by-month tenancy. As always, to evict the tenant, two months' landlord's notice is necessary, and no reasons are necessary.

If the landlord and tenant do not agree any fixed period, a monthly assured shorthold tenancy is created, with the usual initial six months + two months protection for the tenant.


The court may evict an assured tenant if the landlord sends a "notice seeking possession" stating one of the following grounds:


"Regulated (or protected) tenancies" started before 15 January 1989. Here the tenant has very strong rights, under the Housing Act 1985, and the property is subject to "fair rent" assessed by Rent Assessment Committees.

These rights are inheritable by his spouse or live-in partner of different or same sex, and by his parent, grandparent, child, grandchild, brother, sister, uncle, aunt, nephew or niece.


How effective is the British legal system?

The following Lex Mundi table provides a useful way of measuring the effectiveness of the UK system as regards tenants:

In 1900, 90% of all UK households were tenants. During the century the private rental sector was progressively killed off by laws giving tenants very strong tenancy rights at very low controlled rents. Successive governments also gave home-buyers generous tax breaks. By the year 2000 70% of households were owner-occupiers, and only 9% rented from private landlords.

After the arrival to power of Margaret Thatcher the "assured shorthold tenancy" was introduced to give landlords much stronger rights (Housing Act 1988). This revived the private rented sector, beginning the "buy-to-let" boom. The Housing Act 1996 further strengthened the landlord's position by making the assured short hold tenancy the default, unless very clear written steps are taken to set up some other tenancy. The Act also limited the right of tenants to refer their rent to a rent assessment committee to the initial six months, or the contract period, whichever is longer.