Rents: Can landlord and tenant freely agree rents in Spain?

The landlord and tenant can freely agree the rent. Monthly rent payments are the general rule, with the rent due within the first seven days of each month.The landlord cannot ask for more than one month payment in advance. 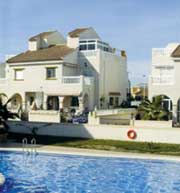 The contracting parties can update rent on a yearly basis during the first five years of the contract only according to the variations of the Consumer Price Index (Indice de Precios al Consumo, IPC). In addition, the landlord should notify the intention to increase the rent with a written notification.

Once this period of time has elapsed, the contract can be renewed at a new rent, which must not be more that 20% higher than the current rent.

If the landlord makes improvements, he is entitled to increase the annual rent on the basis of the legal interest rate, incremented by three points, applied to the total investment, less any public subsidies. But the rent increase cannot exceed 20% of the rent.

The landlord has the right to only one month's rent as deposit (fianza). During the five years minimum duration of the tenancy contract, a landlord is not allowed to update the deposit amount.

The deposit should be held by an agency independent of both landlord and tenant, which will not release the deposit until both parties agree. The deposit can (e.g.) be held with the housing department of the local government (Consejeria de la Vivienda). If the landlord does not give back the deposit in due time to the tenant, then the legal interest rate will be applied.

What rights do landlords and tenants have in Spain, especially as to duration of contract, and eviction?

Landlords and tenants can write any contract duration into the contract, but this is overriden by the tenant's right to annually extend for five years any 'long-term' contract (Contrata de Vivienda), i.e., any contract over a year. This five years obligatory lease "carryover" will not be valid if the landlord expressly states in the contract his will to recover the dwelling for personal residence at a given date.

The tenant is entitled to put an end to the contract before the five years period, by giving notice at least thirty days prior to the termination of the contract. 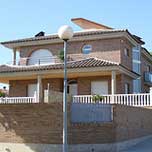 If neither the landlord nor the tenant serves a notice to terminate the contract one month before it ends, the contract is renewed by yearly terms up to a maximum of three years.

The tenant may put an end to the contract, giving notice one month before the end of any of these annual periods.

If the landlord and tenant initially agree for a contract lasting more than five years, the tenant has the right to discontinue the agreement, by giving notice two months in advance after a minimum five years.

Short term contracts (Contrata por temporada) are designed for holiday rentals, but can last as long as one year.

Holiday rental contracts, called arrienda de temporada, are not afected by the Law of Urban Leasing. These contracts do not give any right to automatic extension, and the tenant must vacate when the contract ends.

A landlord can evict a tent and regain his property on several grounds, including failure to pay the rent (but courts have often ruled that these arrears must exceed six months before any action can be taken), damage done to the property, use of the property for immoral purposes, subletting without permission from the owner, and causing a serious nuisance to the neighbors. In any of these cases, a court order must be obtained against the tenant and many months could pass before he is evicted.

How effective is the Spanish legal system?

The Law of Urban Leasing (Ley de Arrendamientos Urbanos), which came into effect on 1 January 1995, ended the forcible extension provision of the old 1964 law which made rental contracts indefinitely renewable by the tenant. It allows landlords gradually to raise the old controlled and ridiculously low rents towards real market prices, and, eventually, to recover their own property. The law also provides tenants with more security than the previous laws, and obliges landlords to renew residential contracts each year for up to five years.