The Global Property Guide looks at inheritance from two angles: taxation, and what inheritance laws apply to foreigners leaving property in Brazil: what restrictions there are and whether making a will is advisable.

How high are inheritance taxes in Brazil?

The Tax on Donation and Inheritance (Imposto sobre Herancas e Doacoes) is a state tax levied on the transfer of real estate upon death or through a donation. Rates are progressive and vary from state to state. However, the maximum tax rate is 8%.

What inheritance laws apply in Brazil? 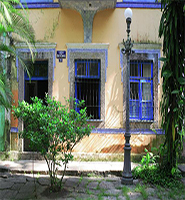 Brazilian law affects all property owners in Brazil, including foreigners. It does not discriminate against or treat differently any foreign property-owners who are members of different religions or nationalities, or any foreigners who do not reside in Brazil.

Cases involving inheritance usually take a minimum of 6 months. If beneficiaries (heirs and/or legatees) disagree as to their rights and obligations, then proceedings may last for several years.

Brazilian law restricts the testator´s freedom to make a will. Usually, half the estate must go to ´necessary heirs.´

Lawful succession is made as follows:

If there are no descendants or ascendants, the surviving spouse gets the property. In the absence of descendants, ascendants and surviving spouse, the collateral relatives up to the fourth degree inherit. In the absence of any relative, or in the event of waiver of inheritance, the property is transferred to the Municipality or Federal District, if located in their jurisdictions, or to the Federal Government, if located in a federal territory.

Foreign property-owners should, generally, make a local will in Brazil.

It is unusual to make a formal will in Brazil, but any legally capable person may dispose of all of his/her property, or a part thereof, through a will. The will is revocable by the testator at any time. 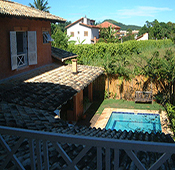 A will drafted abroad is recognized in Brazil, provided that it fulfills the requirements established in the country where it was drafted and the Brazilian law is not applicable. It is advisable that a foreigner makes a local will (preferably through a public deed), because: (a) it allows the testator to plan succession while still alive, avoiding disputes between the successors after his/her death, (b) it avoids discussion about the validity of a will made abroad (the will is valid according to the laws of domicile of the deceased in the time of his/her death), and (c) it lessens the chances of misinterpretation of the will by Brazilian judges.

The foreigner must be present in Brazil to make a local will. Brazilian law does not allow the declaration of ultimate will by the deceased person´s legal representatives or attorneys and prohibits the contents of the will and its enforcement to be decided by a third party. Only the testator can formalize personally his/her ultimate will.

That portion outside the reserved portion can be freely willed, without any restriction. In the absence of necessary heirs, the testator may dispose of all of the inheritance.

During the life of the owner, he may freely gift his Brazilian property to anyone.

The property can be given freely by the owner to anyone, prior this death, provide that:


The real estate transfer can be made through an inter vivos deal, for any reason, upon any or no payment.

If the property goes to a child or children not of a legal age, or to others not legally adult, they have to be represented by parents or guardians. Guardians are appointed by the parents in the will (or other official document) or by the judge in a court decision.

In the absence of appointed guardians, Brazilian law establishes that the guardian shall be a consanguineous relative of the child or children not of a legal age or to others not legally adult, respecting the following sequence: i) ascendants or ii) collateral relatives up to third degree.

There are very few restrictions on the inheritance of property in Brazil by foreigners. 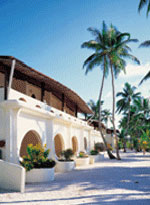 Non-resident individuals or entities must enroll with the taxpayer registry prior the acquisition of any real estate located in Brazil.

When an inheritor receives a property which cannot be owned by a foreigner, Brazilian legislation does not establish a period within the property must be sold. But it is advisable to the foreigner to consult a local lawyer in order to obtain a legal opinion for her/his specific case.

In the context of a succession, the causa mortis property transmission and donations of any type of property or rights tax ("ITCMD") must be considered. The States and the Federal District levy this tax. In the State of São Paulo, for example, Law 10.705 of December 28th 2000 provides for the levying of the ITCMD tax at a rate of 4%.