After slowing last year due to the COVID-19 pandemic, Spain is once again looking like a possible investment destination, as yields rise.

Only Ceuta registered a decline in home sales of 31% during the first ten months of 2021.

All this is happening even though the Spanish economy plunged by a huge 10.8% during 2020, in contrast to a 2% growth in 2019, mainly due to the COVID-19 pandemic. Recently, the European Commission downgraded its 2021 economic growth forecast for Spain to 4.6%, almost two percentage points less than its earlier estimated of 6.5%. This is in line with the Bank of Spain's projections of a 4.5% growth this year.

Gross rental yields in Spain have returned to normal

Gross rental yields on apartments in Barcelona´s Ciutat Vella - the return earned on the purchase price of a rental property, before taxation, vacancy costs, and other costs - range from 4.00% to 5.15%. Similar yields, or maybe slightly lower, can also be had in Madrid. Not great, though not untypical for cities like Madrid and Barcelona. Yields on the very smallest apartments now offer reasonable returns. But then smaller apartments tend to need more maintenance, so a higher yield is justified.

In nearby upscale suburbs of Madrid such as Las Rozas, Majadahonda and Pozuelo de Alarcón, apartments are cheaper, with prices per sq. m. ranging from around EUR 3,100 to EUR 3,800.

Conclusion: All these yields figures are higher than last year, which was higher than the previous year. Spain is once again beginning to look a possible investment destination.

Taxes are high in Spain

Rental Income: All property owners are subject to a flat tax of 24% on gross rental income.

Property and Wealth: A special annual 3% tax is levied on the cadastral value of real estate owned by nonresidents.

Inheritance: Each beneficiary’s inheritance is taxed at progressive rates, from 7.65% to 34%, after certain tax-free amounts have been deducted.

Residents: Resident individuals are liable to tax on their worldwide income and assets at progressive rates, from 9.50% to 22.50%. 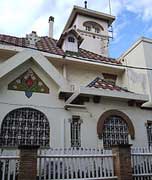 The total roundtrip transaction cost is around 9.50% to 15%. This includes the Property Transfer Tax, which varies from 6% to 10% depending on the autonomous region, and the real estate agent’s commission, which is around 2.5% to 3%.

For new properties, Value Added Tax, plus stamp duty, is imposed instead of property transfer tax. 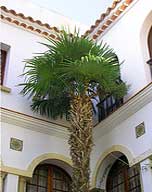 Rent Control: The landlord and tenant have the contractual freedom to fix the rent and state the due date of payment. However, rent increases are tied to the Consumer Price Index and limited to once a year.

Tenant Security: The 1994 Urban Tenancy Act aimed to restore balance between the interest of landlords and tenants. It failed. Tenants are guaranteed tenure for five years. Courts are painfully slow in resolving cases of tenant eviction and compensation for rental arrears and damages.

In January 23, 2014, Spain became the second euro zone country to exit its international bailout program, after Ireland. The Spanish economy has consistently outperformed much of Europe since. The economy grew by more than 3% annually from 2015 to 2018.

However, it has been a long, hard slog. Recession had been Spain’s normal condition for years, due to the global financial meltdown and the Eurozone debt crisis.

In 2019, economic growth slowed to 2%, as consumer demand waned and business investment weakened.

The COVID-19 pandemic has dramatically hurt Spain’s already weakening economy. The Bank of Spain expects the economy to have contracted by 11.1% in 2020, but to rebound with 6.8% growth this year. The European Commission and the IMF were more pessimistic, projecting 2020 contractions of 12.4% and 12.8%, respectively.

In November 2019, Spain’s governing Socialists, led by Prime Minister Pedro Sánchez, won the country’s fourth election in four years, but they remain short of a majority. In January 2020, Sánchez successfully formed a minority coalition government with the left-wing Podemos party. Sánchez had taken over as prime minister in June 2018, after his conservative predecessor Mariano Rajoy lost a parliamentary vote of confidence amidst a long-running corruption trial involving members of his Popular Party.