The Global Property Guide looks at inheritance from two angles: taxation, and what inheritance laws apply to foreigners leaving property in Philippines: what restrictions there are and whether making a will is advisable.

How high are inheritance taxes in Philippines?

Nonresident foreigners pay estate tax only on property located in the Philippines. The taxable inheritance is arrived at after deducting all expenses, losses, debts, and taxes related to the property (all proportionate to the ratio of the Philippine gross estate to his total estate) as well as the surviving spouse´s net share. Estate tax is levied at progressive rates.

Citizens and resident foreigners are allowed the following deductions, aside from the expenses and taxes related to the property as well as the surviving spouse´s share, before arriving at the taxable estate:


However, if the recipient of the donation is considered a ´stranger´ for tax purposes, then donor´s tax is levied at a flat rate of 30%. A stranger is a person who is not a brother, sister, spouse, ancestor, lineal descendant, or a relative by consanguinity in the collateral line within the fourth degree of relationship.

What inheritance laws apply in Philippines?

The law of the foreigner´s nationality governs inheritance in the Philippines.

Philippine inheritance law is governed by the Civil Code of the Philippines, with the Rules of Court completing the procedural framework.

The general principle in the Philippines is that substantive issues of inheritance, such as the order of succession, amounts of successional rights, validity of testamentary dispositions, capacity to inherit, absence of a will, compulsory heirs, and reserved and free portions are primarily assessed according to the national laws (or, in certain cases, domiciliary laws) of deceased foreigners. The national or domiciliary laws of the deceased foreigner apply regardless of the nature or location of the property in question.

It is possible that the inheritance issues of some foreigners who own property in the Philippines might become subject to renvoi (i.e. the issues are referred back to the Philippines). Situations in which renvoi may be anticipated include:

In the above cases, the Philippines legal system, as ruled by the Supreme Court, has no alternative but to accept the renvoi, and apply the Philippines Civil Code, thereby avoiding conflicts with the national or domiciliary laws of the deceased foreigner.

The court dealing with inheritance issues depends on the value of the estate.

If the gross value exceeds Php200,000 (about US$4,000) or Php400,000 (about US$8,000) in Metro Manila, then the Regional Trial Court has exclusive original jurisdiction. If the gross value is less than the above amounts, then the Metropolitan Trial Court, Municipal Trial Court or Municipal Trial Circuit Court has jurisdiction. The Rules of Court (specifically the Rules on Settlement of Estate of Deceased Persons) govern the procedures to be followed.

Alternatively, under the Rules of Court, an estate may be devolved through extrajudicial settlement, by mutual agreement among the heirs. This method requires that the deceased left no will and no debts, and that all the heirs are of legal age (although minors can be represented by judicial or legal representatives). The heirs simply divide the estate among themselves as they see fit, by means of a public instrument, and this document is thereafter filed with the Philippine Register of Deeds. A sole heir may adjudicate to him/herself an entire estate by means of an affidavit filed in the Philippine Register of Deeds.

Depending on the size of the estate, the intricacy of the issues, and the parties involved, court proceedings for the settlement of estates in Philippines can run for a minimum period of six months to a maximum of several years.

Certain parts of the estate of a deceased Filipino citizen cannot be freely disposed of because Philippines law reserves them for the "compulsory heirs". The same reservation does not necessarily apply to foreigners who are governed by their national inheritance laws. However if the Philippines court accepts a renvoi, then the reserved portions, "reserves" or "legitimes" established in Philippine law become applicable to foreigners.

The "compulsory heirs" are classified as:

The Philippine Civil Code regarding "reserves" or "legitimes" provides that

For example, if a decedent is survived by his wife and four legitimate children, ½ of his hereditary estate is reserved equally between the children (1/8 each) whilst the wife takes the same share as one legitimate child i.e. 1/8. This leaves 3/8 of the estate which can be freely disposed of in accordance with his will.

The free portion of a hereditary estate can be freely willed to any person or class of person with the capacity to succeed under the Civil Code, even if that person is already a compulsory heir, with a prescribed legitime. 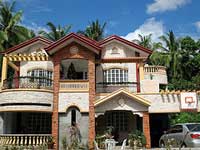 Foreign wills are allowed in the Philippines

Foreigners can make a local will

High income or upper middle class Filipinos are most likely to make a will, but those in the low income classes are unlikely to do so. Executing a will requires the heirs to go through the tedious process of probate proceedings, and rules out extrajudicial settlement of the estate. In some instances, as a form of estate planning, families establish "close corporations" or "holding companies" to hold and manage properties of the family to ensure continued development and expansion of family properties without being bogged down by succession or estate issues.

In the case of a holographic will, Philippine law only requires that it is entirely handwritten, signed and dated by the maker.

Private land in Philippines cannot be bequeathed to a foreigner.

There is a possibility that foreign ownership restrictions in the Philippines may be removed in the future if the Constitution is changed, which is the controversial plan of the administration of President Gloria Macapagal-Arroyo.

In the absence of a will, Philippine law designates intestate heirs.

The order of hereditary or intestate succession, if the deceased was a legitimate child, is as follows:

The order of hereditary or intestate succession, if the deceased was an illegitimate child, is as follows:

The surviving spouse and the illegitimate children or descendants of the deceased are considered as "concurring compulsory heirs" and they succeed, as a general rule, together with the primary or secondary heirs.

Philippine law considers all property given during the lifetime of the deceased as advances from his/her estate. Thus, any property which the deceased gave or donated to other persons before death must be returned to his/her estate. This is known as collation. The actual gifts are not brought to collation, but only their value at the time they were given.

The purpose of collation is to estimate the value of the legitime of compulsory heirs and the amount of the free portion. Philippine rules of evidence apply, so that testimonial or documentary proof of the value of each gift must be presented to the court. There is no limit, in time or size, to the gifts considered. Even if the gifts were made before the compulsory heirs were born, they are collated. However, in practice, it is difficult to prove the value of small gifts, and gifts made a long time ago may be forgotten. Normally, collation only includes real estate (i.e. land, buildings, condominium units, apartments) and valuable personal possessions (e.g. jewelry, cars, stocks, shares, club memberships) for which documentary proof or evidence can be presented to the court.

Ownership of real estate in the Philippines is determined by the Torrens title.