Where to buy property in Philippines 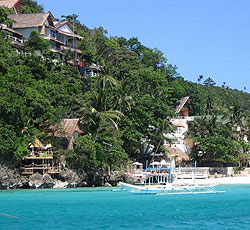 The Philippines’ history many help explain why it is so special.  The 7,107 islands that make up the archipelago of the Philippines were part of a major Asian trade route that included China and Southeast Asia. The inhabitants of the islands were ruled by rajahs, sultans and datus, all belonging to different tribes. There was no central court culture, almost uniquely amongst Southeast Asian nations.

The different tribes lived independently—some in peace, and others not. Trade brought foreign influences to the islands, and traders settled, entered into mixed marriages, and deepened the cultural mix.

The arrival of the Spanish in the 16th century brought the next layer of Philippine culture, and a new way of life. The once-independent, self-ruling islands became the Philippine Islands, named after King Philip II of Spain. The galleon trade from Mexico to Manila began, and lasted till Mexico’s independence from Spain. Spain ruled over the Philippines for more than three centuries and then ceded it by the Treaty of Paris to the United States. The US held power in the country until 1946.

While Spain’s influence turned the Philippines into a predominantly Catholic nation, the United States brought the English language to the islands. It is for this reason that the majority of Filipinos speak English, which is the language of politics, of the courts, of shop signs, of some Church services, and one of the languages of everyday life. To this day most Filipino institutions, its Congress, courts, and schools, are patterned on US institutions.

The archipelago’s islands are classified into the three main island groups of Luzon, Visayas, and Mindanao, which are further subdivided into 17 regions. There are 81 provinces within these regions. Travelling to the provinces of the Philippines gives the visitor a glimpse of the beauty of the country, with mountains to one side and the sea on the other.

Find properties for sale in Philippines

Search for properties in Philippines