Why Birmingham should be on your UK property investment watch list

Ever since the Northern Powerhouse Initiative began to show its benefits, property investors have been flocking to Greater Manchester and its surrounding areas. There’s still a lot to be said for Manchester, but it’s no longer the bargain-hunter’s paradise it once was. The good news is that Birmingham continues to offer great affordability as well as excellent prospects. Here’s what you need to know.

Birmingham has the UK’s second-biggest economy

Not only does Birmingham have a thriving economy, but it is also well-established on the global stage. This is evidenced by the range of flights available from the local airport. In addition to popular tourist destinations, there are direct links with the world’s most important commercial locations. This means that Birmingham does not have to work to expand its international reach post-Brexit. It’s already a known quantity.

What’s more, Birmingham’s economy is well-diversified. This means that it’s unlikely to be crippled by any Brexit-related changes. In particular, the financial-services sector is a much smaller part of the economy in Birmingham than it is in London. 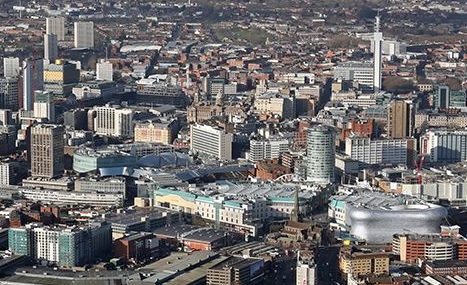 Birmingham has terrific infrastructure (both physical and digital)

Birmingham has long been valued for its convenient location in the heart of the UK. It’s not just easy to get to London. It’s also easy to get to Cardiff and Edinburgh (and even Belfast) not to mention all the important economic centres in the surrounding area. It’s also easy to get around Birmingham even without a car. In addition to the extensive public transport, there are plenty of cycle lanes, plus signed routes on quieter roads and, of course, numerous canal towpaths.

As you would expect, Birmingham also has great digital infrastructure. This was appreciated long before lockdown and is currently proving invaluable. In the current climate, it’s to be expected that a combination of physical and digital infrastructure will prove massively appealing to businesses across all sectors. Quite bluntly, it not only gives them the best of both worlds, but it also ensures that they are covered whatever happens with COVID19 or, indeed, any future pandemics.

However you define “having a good time”, Birmingham can do you proud. It really does offer everything from tranquil hideaways where you could forget you were even in a city to some of the best entertainment around. There are cafes, restaurants and pubs galore to satisfy every taste and budget.

Right now, the city is gearing up to host the Commonwealth Games in 2022. It will be the perfect opportunity to showcase what Birmingham has to offer tourists, business people and potential residents.

The many leisure options are part of the reason why Birmingham has done so well at retaining local young people and attracting others. Another reason is that housing affordability is massively better than it is in London. This shows no signs of changing any time soon even though the London housing market is clearly stagnating whereas the Birmingham housing market is still fairly brisk.

Up until fairly recently, there might have been an argument for buying in London due to the better career opportunities available there. Over recent years, however, this argument has faded away as more and more businesses (both large and small) have established themselves in the city.