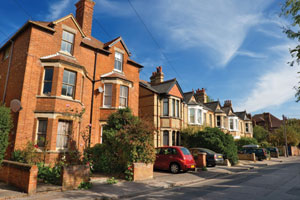 Great news if you're thinking of selling your UK home - house prices are once again displaying an upwards trajectory. Cheaper mortgage deals and the Government's Help-to-Buy scheme has helped reignite the property market in the UK, and once again average house prices are seeing a marked upturn.

The last ripples of the tsunami that hit the property market in 2008 seem finally to be abating. The property market is now above the 2007 peak, and the trend is definitely gathering momentum as home-buyers are being tempted back into the market.

Nationwide and Halifax have announced findings that in 2013, property prices are rising at an average level of between 3.5 and 5.4 percent. The average house price in the UK now stands at £242,415.

Locally, the national trend is being reflected both in the number of properties being sold, and the average price of those properties.

In Berkshire, house prices have seen a marked upwards swing. In September 2012 a detached property had an average asking price of £685,204, but a year later that average price has risen by a remarkable 20 percent to £824,292. Semidetached and terraced houses have also risen, by 6 percent and 4 percent respectively. Only flat prices have fallen, from an average of £236,219 to £217,957, a fall of 8 percent.

The time it takes on average for a property to sell has also fallen in the past year, but not significantly. In September 2012 this was 134 days, and a year later it has dropped to 127 days.

The price rises for Hampshire are not so startling, but the indication of an upturn remains apparent. The average asking price for a property in September 2012 was £310,460, and in September 2013 that has risen to £328,482. If you are looking to invest in a flat, now might be a good time to buy, as flat prices in Hampshire have fallen by 10 percent over the past year.

All indicators point to a definite and prolonged recovery in the UK property market. Property price falls were at their worse in 2008, but recent figures show a protracted rise. if you are thinking of moving into the property market, now might just to be time to make that move.