The U.S. great housing boom is far from over

After eight years, the U.S. great housing boom continues to strengthen. The S&P/Case-Shiller seasonally-adjusted national home price index surged by 11.01% y-o-y in 2021 (inflation-adjusted), up from the previous year’s 8.92% growth and the strongest y-o-y increase ever recorded.

This is supported by figures released by the Federal Housing Finance Agency, which showed that its seasonally-adjusted purchase-only U.S. house price index rose by 10.17% y-o-y in 2021 (inflation-adjusted), slightly up from the prior year’s 9.77% growth and also the highest annual growth on record. 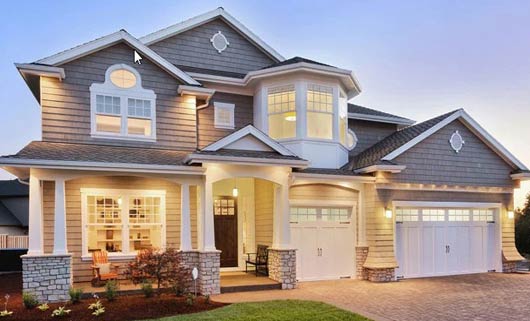 In January 2022, existing home sales rose by 6.7% from the previous month but fell by 2.3% from a year earlier to a seasonally-adjusted annual rate of 6.5 million units. Likewise, sales of new single-family houses fell by 19.3% y-o-y to a seasonally-adjusted annual rate of 801,000 units in January 2022. Despite the continued strong interest in home buying, low existing inventories as well as higher prices and building material bottlenecks have constrained some new home sales.

U.S. homebuilder sentiment stood at 82 in February 2022, slightly down from 83 in the previous month and 84 a year earlier, as production bottlenecks continued to increase construction costs and delayed projects, according to the National Association of Home Builders (NAHB)/Wells Fargo Housing Market Index (HMI). A reading of 50 is the midpoint between positive and negative sentiment.

Recent news: In 2021, the U.S. economy grew by 5.7% from a year earlier, in contrast to a 3.4% contraction in 2020 and the highest growth since 1984, according to the U.S. Bureau of Economic Analysis (BEA). The robust economic growth last year reflected increases in all major subcomponents, led by personal consumption expenditures, residential and nonresidential fixed investment, exports, and private inventory investment.

The world’s biggest economy is projected to grow by another 4% this year, according to the International Monetary Fund (IMF). Before the pandemic, the economy had been growing by around 2.3% annually.