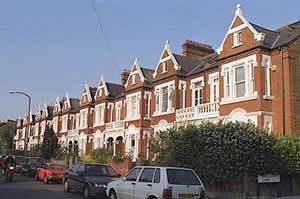 Trend: inflation-adjusted house prices were down slightly by 0.09% during the year to Q2 2018

House prices in UK are still rising, though not in inflation-adjusted terms. The average UK house price rose by 2.19% (but actually dropped 0.09% when adjusted for inflation) to £214,578 (US$ 277,258) during the year to Q2 2018, based on the figures from Nationwide. It was actually the lowest y-o-y rise in five years. Quarter-on-quarter, house prices increased by a meagre 0.42% during the latest quarter.

London was the worst-performing region, with house prices falling by 1.94% y-o-y in Q2 2018 (-4.14% inflation-adjusted). Some high-end London districts have experienced significant price-falls.

Analysis: housing market to slow further during the remainder of the year, but the chronic housing shortage will prevent a significant drop in prices, according to the Royal Institution of Chartered Surveyors (RICS). Property transactions are expected to fall slightly from 1.2 million in 2017 to 1.15 million this year, mainly due to the political and economic uncertainty surrounding UK’s Brexit referendum, with buyers taking a more cautious stance.