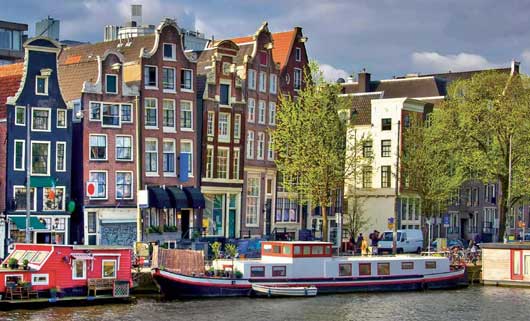 That's patly because the Dutch housing market remains tight. According to realtors’ association NVM, a potential homebuyer typically chooses between fewer than two residential properties and there is frequent outbidding – signs of market tightness. In the first quarter of 2022, 79% of all homes sold went for more than the asking price.

By end-March 2022, there were about 17,000 homes available for sale, down by 4% from a year earlier, according to NVM. The housing shortage in the Netherlands was estimated at about 200,000 units this year.

Recent news: The Dutch economy grew by 7% in Q1 2022 from a year earlier, following 6.5% growth in the previous quarter, according to the CBS. Yet on a quarterly basis, the economy logged zero growth in Q1 2022.

Recently, the European Commission downgraded its growth projections for the Netherlands to a modest 3.3% in 2022 and 1.6% in 2023, due to surging inflation, exacerbated by the war in Ukraine. The Dutch economy grew by 5% during 2021, following a 3.8% contraction in 2020, mainly driven by a strong rebound in household consumption and exports, as well as public consumption and investments.