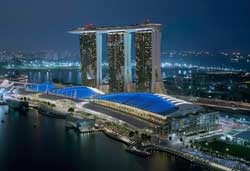 Singapore’s house price rises continue to accelerate, buoyed by strong demand. House prices rose by 7.32% during 2018, a sharp improvement from a y-o-y growth of 0.79% in 2017. Quarter-on-quarter, house prices were almost unchanged during the latest quarter.

Rents, rental yields: yields are poor in Singapore at 2.54%

Recent news.  Singapore’s economy grew by 1.9% in Q4 2018 from the same period last year, the lowest y-o-y growth since Q4 2015, mainly due to a decline in manufacturing and exports sector, amidst the US-China trade war, according to the Ministry of Trade and Industry (MTI). Overall, the economy expanded by 3.2% in 2018, a moderation from the 3.9% growth in 2017. The economy is expected to expand below 2.5% this year.