After a lacklustre performance in the past three years, Norway’s housing market growth is now gathering pace. The inflation-adjusted nationwide house price index rose by 5.75% in 2020 from a year earlier, a sharp improvement from a y-o-y growth of 0.95% in 2019 and its best performance since 2016. Quarter-on-quarter, house prices rose slightly by 0.27% in Q4 2020.

The housing market’s slower growth in recent years can be partly attributed to the implementation of stricter mortgage rules on January 1, 2017, which were focused on restraining house prices in Oslo. 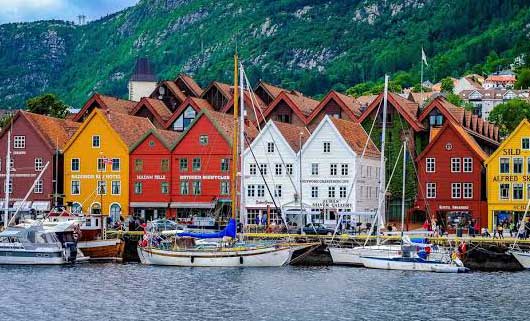 Recent news: In January 2021, Norges Bank held its key rate unchanged at a record low of 0%, following four consecutive rate cuts since March 2020. In 2020, Norway’s economy contracted by 2.5%, its weakest performance since 1945 but still far less severe than in most other European nations, according to Statistics Norway. In fact Eurozone countries slumped by an average of 6.8% last year. The Norwegian economy is projected to grow by 3.6% this year, based on IMF forecasts.