Hong Kong’s housing market is showing signs of improvement, after severe blows from market-cooling measures, the impact of the violent protests, the US-China trade war, and the COVID-19 outbreak. Hong Kong’s residential property prices rose by 2.63% during the year to Q3 2020, following y-o-y declines 2.49% in Q2 and 2.32% in Q1. On a quarterly basis, house prices increased 1.31% in Q3 2020.

Over the past decade, Hong Kong’s residential property prices have skyrocketed by 153% (inflation-adjusted). In contrast, real incomes have virtually stagnated in Hong Kong for years.

Hong Kong’s government has leaned against property price rises. The government raised stamp duties for all non-first time homebuyers starting November 2016 and cut allowable loans on residential and commercial properties in May 2017. In June 2018, Chief Executive Carrie Lam revealed another series of cooling measures, including a tax against vacant flats. 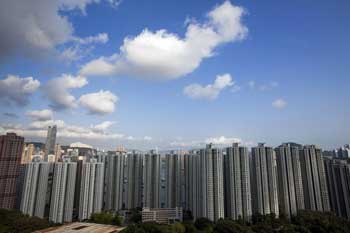 Recent news: Hong Kong’s economy continues to suffer. Months of violent protests and the US-China trade war forced HK’s economy into its first recession in a decade last year, contracting by 1.2% last year. Now the coronavirus outbreak threatens to make things worse, after the economy declined by 9.1% y-o-y in Q1 2020, 9% in Q2, and another 3.5% in Q3 – Hong Kong’s worst contractions since records began in 1974. On a quarterly basis, the economy grew by 2.8% in Q3 2020, the first quarter of expansion following five consecutive quarters of q-o-q decline. The HK government expects the economy to contract by 6.1% this year.