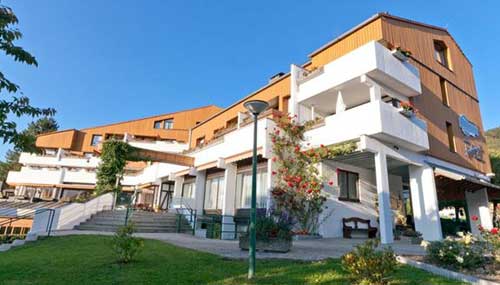 With its chequered past and fondness for Speedos, Germany might not spring to mind as the most popular country in the world but according to this year's annual Country Ratings Poll for the BBC World Service, this EU economic powerhouse takes top spot.

Surveying 26,000 people internationally, the BBC found that 59% rated Germany's influence on the world as positive, three points higher than 2012.

The appeal of Europe's most populous country was further echoed in Ernst & Young's attractiveness survey Europe 2013, which saw Germany ranked as the continent's most attractive destination by 38% of investors surveyed, ahead of neighbouring France and the UK. And indeed if foreign direct investment levels are an indication of investor confidence, then Germany presents a good bet with 624 FDI projects making it one of Europe's top destinations (along with the UK).

"It's all too easy to view Europe as a whole and assume that the economic crisis has affected each nation equally. It is simply not the case. Whilst the PIGS (Portugal, Italy, Greece and Spain), France and number of other eastern European countries have entered recession, tough austerity measures by Chancellor Merkel have resulted low unemployment and robust growth, continuing to make Germany an attractive investment destination," notes Mr. Ray Withers, CEO of multi award-winning investment agency, Property Frontiers.

The property market in particular is receiving high levels of investor interest.

"Germany is currently the target of choice by many international investors...accounting for half of transaction volume last year," CEO of Savills Germany, Marcus Lemli, notes.

Within the real estate arena, Savills also reported a 155% increase in German hotel investment in Q1 2013 compared to Q1 2012 suggesting a surge in interest in this lucrative asset class, adds Mr. Withers of Property Frontiers.

As an asset class, hotel room investment had previously been solely within the realms of institutional investors and funds but now we have structured an opportunity for individuals to own a hotel room and enjoy the high returns available.

"Our exclusive luxury 4* operational hotel room investment opportunity, AlpenClub, capitalises on the massive demand for accommodation in Bavaria, the most popular tourist destination in Germany. The initial allocation sold out within 18 days of launch and now due to client demand, a further allocation of 20 spacious rooms from £47,198 is now available offering a 10-year fixed return leaseback and assured NET yield averaging 10.33%," notes Mr. Withers.