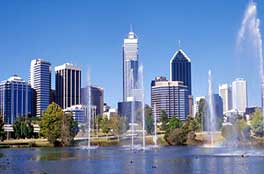 Australia´s landlord and tenant laws are judged by the Global Property Guide to be NEUTRAL between landlord and tenant. Both parties´ rights are well-protected by each states´ Residential Tenancy Act. Rents can be freely negotiated, but increases are subject to review by a Tribunal provided the tenant makes an application.

Rents: Can landlord and tenant freely agree rents in Australia?

The landlord and the tenant can freely agree on the level of rent payable in all Australian states.

Increases or decreases in rents may be reviewed by a tribunal, in the case of both period and fixed contracts, in all states except Tasmania, where increases in rent may be assessed by a magistrate. To get the rent increase reviewed, a tenant must make an application. The tribunal will consider the range of market rents usually charged for comparable premises in similar locations; the proposed rent compared to the current rent; the state of repair of the premises; the term of the tenancy; the period since the last rent increase; and any other factors that the tribunal considers relevant.

Rent increases may require the service of notice to be effective. New South Wales, Tasmania, South Australia, Western Australia, and Victoria require 60 days notice of any rent increase, regardless of the tenancy type. The Australian Capital Territory requires eight weeks notice. Queensland requires a minimum of one month notice for a fixed term agreement, and at least two months notice for periodic agreements. The Northern Territory requires 30 days notice regardless of the type of tenancy agreement. 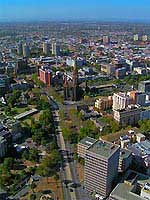 The tenant is usually required to pay both rent in advance plus a rental bond, which functions as a security deposit in the event the tenant fails to pay rent, services, or incurs serious damage to the property.

The maximum advance rent is generally two weeks or a month´s rent, depending on the type of tenancy agreement and the state:


The tenant is in addition usually expected to pay a rental bond. Each state, except Tasmania, Western Australia and Northern Territory, has its own Rental Bonds office, and maximum rates for the rental bonds differ according to the rent, type of tenancy agreement and state where the tenancy takes effect.


What rights do landlords and tenants have in Australia, especially as to duration of contract, and eviction?

There are two types of tenancy in Australia:


A landlord can terminate a tenancy by giving notice in the approved form, or by using the tribunal. At the end of a fixed term agreement, the landlord must give a written notice to the tenant. 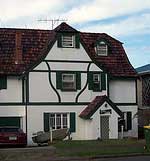 Where a fixed term tenancy expires and the tenant does not evacuate the premises, the tenancy is transformed into a periodic tenancy in all states, except in New South Wales, where there is automatic renewal on the same terms and conditions as before. In Western Australia, if the tenant does not leave the premises after the expiration of the agreement, the landlord must apply to a Magistrates Court for termination and possession order within 30 days of conclusion of contract.

The length of notice in cases where one side has breached the tenancy agreement, e.g. for arrears in rent, or where the owner´s family requires possession to live in the premises, or where the owner wants to renovate or reconstruct the premises, or wants possession without any reason being specified, varies with each state and each ´cause,´ from 7 days in Queensland, Western Australia, and South Australia to 182 days in Australian Capital Territory (see table).

How effective is the Australian legal system?

The tenancy tribunals and magistrates court can order evictions. The legal system in Australia is highly efficient. It takes an average of 6 days to enforce court rulings.

Landlord and tenant issues are governed by each state´s Residential Tenancies Act (RTA).

Each State and Territory has its own law regarding landlord and tenant relations. There has been no change in New South Wales, South Australia or Western Australia in the past few decades, and the changes in other states have been minor.

In Queensland, the Residential Tenancies Regulation 2005 increased the maximum bond to 4 weeks rent, if the rent is less than $500, reflecting the growth in median rents.

In 2003, Tasmania prohibited up-front fees for entering into, renewing, extending or continuing a residential tenancy agreement. It also provided a prescribed time (3 working days) for security deposits to be returned. Finally, it introduced is a new emergency order mechanism for either landlord or tenant to terminate the agreement, and a 28 days notice to quit or vacate the property for both landlord and tenant. 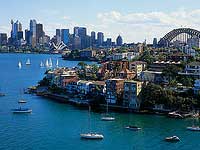 In 2002 Victoria amended its Residential Tenancies Act 1997 to require 60 days notice for a proposed rent increase, the rent not to be increased at intervals of less than 6 months; a right of entry for the landlord after the end of the first three months of tenancy; and payment of bonds before occupancy.

In 2005 the Australian Capital Territory introduced a provision to terminate the agreement at 4 weeks written notice, if the lessor is posted away from Canberra, with the tenancy ending 4 weeks after receipt of notice (or on a later stated date); repayment of rental bond to the lessor; and provision for an ´enforcement condition´ in termination and possession orders, with an expiry date given by the tribunal but not more than 1 year after the day the order is made.

In 2005 the Northern Territory amended its Residential Tenancies Act 1999 to allow condition reports to be partly in writing and partly by using images, or entirely by using images; provision for a clause allowing the Commissioner to prepare the condition report if no agreement was reached between the landlord and the tenant; provision for a maximum notice periods for breach of tenancy agreement by either the tenant or the landlord; and protection of landlord´s interest from the tenant´s failure to remedy a breach after notice was given.