The Ecuadorian law is moderately PRO-TENANT. The rights given by the law in favor of the tenant cannot be waived.

Rents: Can landlord and tenant freely agree rents in Ecuador?

The initial rent can be agreed between the landlord and tenant, but with one limitation. The Registry of Rents in each city sets maximum chargeable rents, determined by calculating the twelfth part of 10% of the commercial cost of each property, which is set by each City Council. 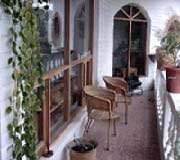 Normally, rents agreed by contract cannot be increased until the end of the contractual term. However, the landlord may request an increase in the rent, before the Registry of Rents, when the property has gone through improvement works, or when two years have gone by since the last time rent was agreed between the parties.

The law does not allow for any increase in the rents due to increases in cost of living.

What rights do landlords and tenants have in Ecuador, especially as to duration of contract, and eviction?

The minimum duration for a rent contract is two years. There are three exceptions to this rule: 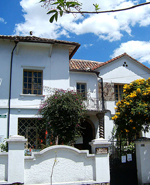 When the landlord wishes not to renew the contract, he/she has to inform the tenant ninety days in advance. If no such notification is given, the contract will automatically extend for one more year. After the expiration of this one year extension, either landlord or tenant may terminate the contract by informing the other party about his/her will to cease the contract with one month in advance to the expected day of effective termination.

The law states that the duration agreed in tenancy contracts must be observed by both parties. However the landlord can terminate the contract before the agreed term on some specific grounds: 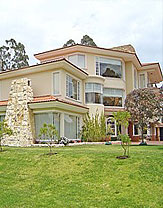 How effective is the Ecuadorian legal system?

Tenancy disputes are solved by special tenancy courts in cities, and by civil courts in any other part of the country. These disputes are solved by a summary process, which in reality is as slow as the ordinary process. On average, a dispute before a tenancy court will last from 6 to 10 months, if there is no appeal; and up to a year and a half, if there is an appeal.

The current Ecuadorian Law of Tenantship is the result of reforms and minor amendments of the 1972 law. The spirit of both documents is the provision of living facilities for all citizens. Some critics argue that the current law is not sufficiently protective of the less favored people.