Tax on property income in Martinique

The decision whether to let furnished or unfurnished is important, because it has implications a) for taxation, primarily as to deductions allowed, and b) for the tenant's rights vis-à-vis the landlord.

Rule: Choose 'unfurnished' if there are high deductible expenses, such as high mortgage expenses. Otherwise, choose 'furnished', assuming the local 'professional' taxes are not too high.

There is then the issue of whether one is taxed as a 'professional' or 'non-professional' landlord. Some areas of France levy the 'professional' tax, which is similar to English business rates, on landlords of furnished premises, using the Land Registry property values. It can be expensive. 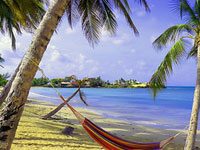 [Such foreigners will need to consider structuring themselves as a 'property investment partnership (société civile immobilière or SCI)', a company not subject to French corporate tax - similar to an English partnership. If it has a registered address in France, the shareholders or partners, whether or not French resident, will be taxed according to their shares as French residents (no tax agent is needed). But any lettings under such a CGI will be taxable as a company].

Rentals which meet the specification of various tax-incentive schemes can avail of special deductions (a profession of special advisors has grown up around this subject, called 'défiscalisation').

PARTNERSHIP ROUTE
A property investment partnership (société civile immobilière, or SCI) is a legal form designed for the acquisition or construction of buildings (houses, flats or entire buildings), to be rented to third parties or provided free of charge to the partners. It allows French inheritance law to be by-passed. However, if furnished property held through an SCI is rented out, it loses its tax transparency, and is taxed like a company.

An SCI must consist of at least two partners. A written contract, known as the by-laws, is required of every SCI. The partners are liable for the SCI's debts in proportion to their share in its capital. SCIs are burdensome, as they require the registration of the SCI, and the keeping of annual accounts in French, based on French accounting practitice ad tax code. Non-submission of the SCI annual accounts may result in a penalty of 3% of the market value of the property. 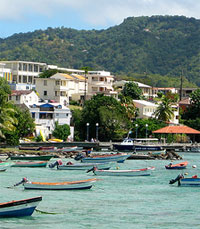