Will in Cape Verde

The Global Property Guide looks at inheritance from two angles: taxation, and what inheritance laws apply to foreigners leaving property in Cape Verde: what restrictions there are and whether making a will is advisable.

Although there are no inheritance taxes in Cape Verde, any property transmitted by inheritance or by gift is subject to property tax.

Property owners are advised to execute a will in Cape Verde once they have acquired the property. Although foreign wills are valid, obtaining probate is easier if there is a local will.

Beneficiaries receiving Cape Verde property are liable to pay property tax, which is levied on the property value at a flat rate of 1.50%.

In the case of property inheritance in Cape Verde, the applicable law is that where the property is located.

With the exception of mainly political rights, foreigners and stateless persons residing in Cape Verde enjoy the same rights, liberties and guarantees, and are subject to the same duties as Cape Verdean citizens. In terms of property rights, foreigners are accorded the same treatment as nationals, regardless of their nationality or religion.

Inheritance issues of a foreigner with assets in Cape Verde are regulated by the law of his/her nationality at the time of death. The personal law of the foreigner defines the powers of the administrators of the inheritance, as well as the capacity to establish, modify or revoke wills or other instruments of succession. If the legislation of the foreigner´s nationality refers inheritance issues back to Cape Verde, then Cape Verdean internal law becomes applicable.

However, for the more simple case of regulating the regime of possession or property rights, excluding family or successor relations, then the applicable law is that of the country where the property is located.

Cases regarding inheritance and succession in Cape Verde are resolved by common judicial trial courts, with the right to appeal to the Supreme Court of Justice.

A reserved or legitimate portion exists.

In Cape Verdean law, the testator cannot dispose of that portion of his/her property which is legally destined to two classes of "necessary heirs":

Apart from the legitimate portion, the testator may freely dispose of his/her property in a will, to become effective after death.

In the absence of a will, the ´rules of legitimate succession´ apply.

If the owner of the inheritance dies intestate, the rules applied are those of legitimate succession established in article 2059 and subsequent articles of the Civil Code. In this case, the following heirs are considered in line of succession, in sequential order: 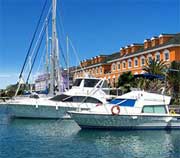 Making a will is advantageous.

In Cape Verde, a will must be written and signed directly by the testator, or by a third person, upon request from the testator, in the presence of a notary officer. Wills cannot be made through representation, for example, through a lawyer.

Assets in Cape Verde can be donated during the lifetime of the owner.

The only restriction is Article 242 of the Civil Code, which provides legitimate heirs the right to challenge the validity of assets which were donated with the intent of harming them. If assets are common property of a couple, for example, a spouse needs the other spouse´s consent, in order to donate such property, or be punished by law.

Cape Verdean law provides for the property rights of married persons. Couples getting married can choose one of three possible regimes of marital property: separation of property; community of acquired property; or community of general property. 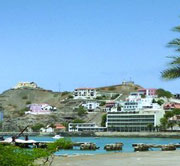 Guardians can be appointed to take care of the interests of children.

In their will, or other authentic document, parents can, in the case of their death, appoint a legal guardian to take care of the interests of their surviving child, or children, who are not of legal age. If a legal guardian is not appointed by the parents, the court can appoint a guardian after hearing the family council, which includes the child´s relatives and other people who have cared for or have shown affection for the child.