Rents: Can landlord and tenant freely agree rents in Bahrain?

Rent and rent increases can be freely agreed. 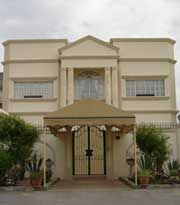 There is no legal regulation of security deposits.Security deposits are not very common in Bahrain, but some landlords and agents require a deposit, usually equivalent to a month (or a month and a half) rent. The deposit is held by the landlord against unpaid bills and liabilities. The security deposit cannot be used as payment for rent.

Rent is usually paid monthly, quarterly, bi-annually or annually depending on the terms agreed at the start of the tenancy. The rent is payable in advance, customarily three months in advance, and always quoted in Bahraini dinars (BHD) monthly amount.

What rights do landlords and tenants have in Bahrain, especially as to duration of contract, and eviction?

The tenancy period can either be:


If a lease agreement is entered between the parties without specifying a term, the rent payment term governs the term of the lease.

In the case of a fixed term contract (a long term contract is more common), both tenant and landlord have the right to terminate the agreement by serving notice three months prior to the end of the lease period.

If a tenant continues to enjoy the property after the expiry of the term, without objection from the landlord, the agreement is considered officially renewed for an indefinite period, under article 511 of the Civil Code. But such a renewal does not take place if the landlord has served a three months eviction notice prior to expiry of the term, even if the tenant continues to occupy the property. 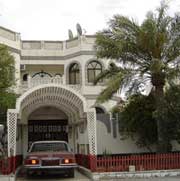 Either party is entitled to terminate the lease prior to expiry, if unforeseen events or circumstances make the performance of the agreement very onerous. But this is very difficult for either party to prove in practice. The party seeking termination must serve notice. Either party may file a court suit to resolve the matter.

The lease or tenancy agreement must include the name and address of the landlord and tenant, address of the rented property, term of tenancy, monthly rent, payment arrangements, and the responsibilities of the contracting parties during the tenancy.

How effective is the Bahraini legal system?

The usual time period to obtain a final judgment is quite lengthy. There may be numerous appeals by either party, which will normally be heard by a Civil Court. Matters accepted as urgent can take considerably less time, and are heard before a Summary Court.

The following is what happens if the landlord files a suit against a tenant for non-payment of rent, and the tenant subsequently decides to make payment:

Bahraini Land Law has not undergone many radical changes. There is tremendous trust in the Civil Code. 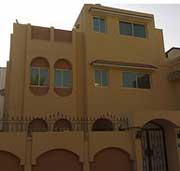 The initial legislation on Land Law began in 1936 in the form of Amiri Ordinances. When Bahrain gained greater geopolitical significance, the Amiri Ordinance of 1946 established the fundamental Landlord and Tenant Laws. Although primitive in comparison to laws of the modern era, the legislation protected the rights of tenants, and initiated the concept exceptional laws applying to the precincts of Manama and Muharraq. This legislation continues to be implemented today.

Subsequent legislation in 1953 expanded topics such as formalities of a lease agreement, exceptional circumstances for eviction, and rules on notices.

There have been few alterations in landlord and tenant law, in contrast to the dramatic recent changes in land ownership laws. Major change in the area of Landlord and Tenant law is unlikely.