The Global Property Guide looks at inheritance from two angles: taxation, and what inheritance laws apply to foreigners leaving property in Nicaragua: what restrictions there are and whether making a will is advisable.

How high are inheritance taxes in Nicaragua?


Inheritance is taxed at the ordinary progressive income tax rates.

What inheritance laws apply in Nicaragua?

The last known domicile of the deceased governs inheritance issues in Nicaragua.

Inheritance in Nicaragua is covered by the following legislation:


The right of a legal owner to freely use and dispose of personal property is protected by the Constitution of Nicaragua, regardless of the nationality, race, or religion of the owner.

"the right to succession of the patrimony of the deceased is governed by the law of the last known domicile for that person at the time of his death, even if the heirs are nationals or foreigners" 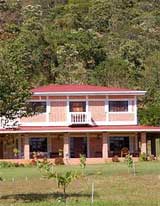 The interpretation of domicile according to Nicaraguan legislation is a person´s habitual place of residence (which is not necessarily the same as his/her country of nationality).

If the deceased was habitually resident in Nicaragua during his/her lifetime, but he/she was in a foreign country at the time of death, then the competent jurisdiction to handle legitimate succession is determined by his/her last known place of residence in Nicaragua, or in the place where the real property, or the majority of the inheritance, is located.

Nicaragua´s Civil Court system handles the inheritance issues of foreigners. It is currently being modernized into an oral system that should help shorten the duration of proceedings; but the time taken to resolve claims is uncertain.

The reserved portion varies according to the number of surviving heirs.

The reserved portion, to which each heir is legally entitled, varies according to the number of heirs who survive the deceased. The surviving spouse always inherits a marital portion which is generally a 1/4 share of the whole estate, in order that he/she can maintain the same standard of living.

In the absence of a will, or when testamentary dispositions are deemed invalid, the estate of the deceased is distributed in a legally determined order, known as Intestate or Legitimate Succession. The following order of preference is followed, according to the affinity of the survivors to the deceased:


Foreign heirs are called to receive their portion of a Legitimate Succession in the same manner as Nicaraguans.

The making of a will is recommended.

The making of a will permits a person to dispose of assets in the way he/she intends; however a will must acknowledge the legitimate succession rights of dependants, and must also respect Nicaragua´s Civil Code which establishes that:
"Forceful Assignations are those obligations that are included in the succession as if they had been omitted, even if contrary to the express dispositions of the succession." 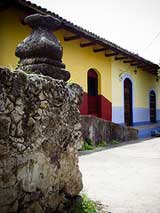 For example, the marital portion, and alimony, are "Forceful Assignations" which a spouse is legally entitled to inherit, irrespective of the terms of the will. If the will does not distribute the whole of the deceased´s estate, then the residual portion must be disposed of in the manner established for legitimate succession.

The making of a Nicaraguan will is recommended. A local will helps to eliminate or limit the amount of court proceedings. Such a will must be made according to legal requirements, and if these requirements are not met, the will is deemed invalid.

The most common types are the "Open will" and the "Closed will". There are also special wills including: Military will, Maritime will, the will granted in extraordinary circumstances (in cases of imminent death) and the will which is granted abroad. All types of will are revocable.

A foreign will which is valid in the Nicaraguan Civil Court, can be granted abroad to a foreigner before certain public officials, generally a Nicaraguan Consul. Such a will must be in written form, and and follow the prescribed legal requirements.

If the "Forceful assignations" are excluded from any type of will, this does not suppose the invalidation of the will; however the succession will be affected so as to include the distribution of the assignations.

Property can be given during the lifetime of the owner.

An owner may freely give property in Nicaragua to anyone prior to death. The only restrictions are those established by law as "Forceful Assignations".

Property ownership must be registered.

Nicaraguan law recognizes that the ownership rights of property to third parties are legally demonstrated by a Public Deed of purchase. Any transfer of real property located in Nicaragua by purchase or inheritance must be legally registered in the new owner´s name on such a Public Deed.

Minors or children can inherit property in Nicaragua through a will, but they must have a guardian to manage their portions until they are legally capable to do so.