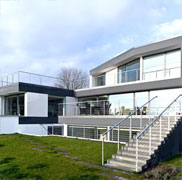 Rent: Can landlord and tenant freely agree rents in Denmark?

There are five different forms of rent control in Denmark; the system is very complex.

The system is based on the idea that landlords must not be allowed to profit from renters. Landlords are only allowed to pass on costs, property taxes excepted, incurred in the day-to-day operation of the property, and a prescribed charge to cover maintenance costs. They can also pass on a capital charge, which can vary between 7% and 14%, with properties built after 1963 getting higher amounts.

However the capital charge is calculated on the basis of the value of the house in 1973 - with no allowance for inflation.

Rents on dwellings constructed after 1991 are exempt from rent control.

If the rent is substantially different to that for comparable tenure in the same residential area, both the landlord and the tenant are entitled to ask the Rent Tribunal for the rent to be adjusted.

Properties of less than seven dwellings are covered by different rules relating to the "value of the rented property," but the result is much the same. If the Rent Tribunal fails, cases can go to a special division of the Country Courts called the Housing Courts (boligretter).

The system is confusing. "It is not possible for lay people to properly calculate the maximum rent applicable to a particular tenancy,' notes the EUI report on Danish Landlord and Tenant law. "This is the cause of many legal disputes, which must be resolved by the judicial system."

A demand for a rent increase by a landlord must be made in writing sent three months prior to the date of effectivity. The notice has to state the reasons for increase and remind the tenant that he/she may raise an objection to the notice. The increased rent should not significantly exceed similar rents. 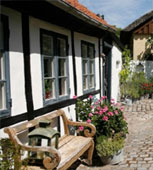 What rights do landlords and tenants have in Denmark, especially as to duration of contract, and eviction?

Tenancy agreements can be for a limited or unlimited period.

With Limited Tenancies, neither party can give notice to terminate the contract, unless otherwise agreed. But even so, there are instances where the tenant can get this time limit overruled, if the court (Boligretter) concludes that the limit included is "more burdensome than the terms of contracts for similar tenancies". Note that if a time limit has been overruled, the tenancy become one of unlimited duration.

Unlimited Tenancy Contracts can be terminated by the tenant at three months notice. The landlord however can only give notice under conditions specified in the Private Housing Act:


Immediate termination of a tenancy contract, regardless of the nature of the agreement, is allowed only when one of the parties has committed a fundamental breach of contract, e.g. if the tenant fails to pays the rent on time and has not reacted to a notice sent by the landlord.

A contract may not include an indexation clause. The next best option is to agree on an increase by fixed amount, over a fixed period, on agreed dates.

A tenant in Denmark has the right (provided by law) to sub-let, at a maximum, half the rooms of the property unless sub-letting would make the number of persons greater than the number of rooms in the property.

The Ministry of Social Affairs issues standard contracts for private rented properties. It is permissible not to use it, but inadvisable.

Landlords may ask for deposits not exceeding three months rent.

How effective is the Danish legal system?

The legal system is not particularly speedy, as is suggested by the accompanying Lex Mundi table.

Landlord-tenant relations are guided by the Contracts Act, the Private Housing Act and the Temporary Private Housing Act. The Rent Control Act is relevant to the fixing of rent. It is up to each individual council to determine whether or not the Act is to be applied in its district. Districts covering 85% of the total stock of rented dwellings, i.e., almost all urban districts, have adopted the Rent Control Act.