Jamaican law is PRO-TENANT, but there is a big gap between formal law and real-world practice, which in high-end rentals often ignores formal law.


Rents: Can landlord and tenant freely agree rents in Jamaica?

The Rent Assessment Board sets the rental for all commercial and residential premises.

The landlord must make an application to the Assessment Officer of the Board . The latter sends a Valuation Officer to inspect the rental property. The Assessment Officer issues a Certificate of Assessed Rent, which contains the standard rent applicable to the premises.

The standard rent is an annual percentage of the assessed value of the premises and is prescribed by the Minister . The current rent ceiling is 7.5% each year.The Board takes into consideration any increases in property taxes, improvements to the property and other related factors.

Any illegal increases in rent can be recovered by the tenant, or deducted by him from the rent.

Increases in rent are allowed under the following conditions :

It is illegal to require a deposit . If the landlord has required one, the tenant may recover such payment. However, the Rent Board has announced that there would be amendments to the rent law which includes the provision for the payment of security deposits.


What rights do landlords and tenants have in Jamaica, especially as to duration of contract, and eviction?

Leases can be short-term or long-term.

Even after the termination of the lease, a tenant can only be evicted if 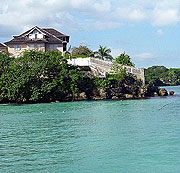 A notice to quit must be issued to the tenant, stating a valid reason. The tenant shall then be given 30 days to vacate the property. However, an extension can be requested from the court. A landlord cannot evict a tenant without a court order.

The landlord may file charges if the tenant refuses to surrender the property and the extension has already expired. Even if this situation has occurred, the tenant remains protected against harassment by the landlord or any of his representatives.


How effective is the Jamaican legal system?

The Rent Assessment Board receives and settles landlord-tenant disputes. In practice, the Rent Restriction Act applies mainly to low-rent housing. High-end landlords have ways of bypassing the formal law, e.g. evicting tenants by claiming the property is required for their own use.

The Board has a 95% settlement rate and hardly has to refer cases to the courts. Those that are referred to the courts mostly involve security deposits. Among the 4503 complaints received by the Board during the period of April 2003 to March 2004, 4000 have been settled, according to the Jamaican Information Service. Most complaints to the Board are about illegal increases, arrears in rental and harassment.

Landlords who have difficulty with tenants, especially on the matter of arrears in rental where tenants refuse or have not paid their rent for over 30 days, prefer to lodge their complaint to the Board rather than the court. The court is a bit tardy in dealing with these cases whereas the Board can arrange a meeting between the two parties within the next 5-6 days to settle the issue.

Enforcement of court rulings takes an average of 14 calendar days.

Since the establishment of the Rent Assessment Board in 1944 to address problems encountered by landlords and tenants, the only major change was the closure of the regional offices of the Board resulting in a backlog of cases. To address mounting concern, a new board has been formed with island-wide scope. The board will have members drawn from various parishes to prevent persons residing in rural areas having to travel to the city of Kingston. In other words, the new board aims to speed up the process of settling rent disputes and enhance convenience to both parties concerned.

In 2004 it was announced that the Rent Restriction Act will be amended to give birth to a new Rent Board tasked to strike a greater balance between in the protection of tenant's rights (now strongly protected) and property owner's return on investments (now weakly protected). Some of the proposed amendments are: 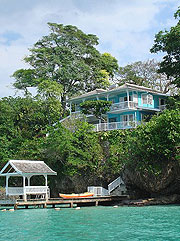 A recent development in strata units is the petition of Jamaica Association of Strata Corporations (JASC) to seek jail terms for delinquent apartment owners with outstanding maintenance fees. The Association believes that the courts should have the power to force rent money to be diverted to pay for overdue maintenance fees, and be able to pursue delinquent landlords overseas. The Association also wants violations of certain strata housing regulations to be addressed, such as proprietors allowing the establishment of informal or small businesses in their units.