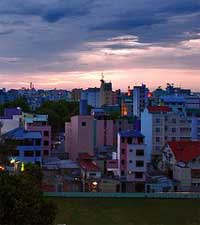 There are no rent control law or regulations. The initial rent can be freely agreed between the owner and the tenant. The rent can be revised after the expiry of the initial contract, or by mutual agreement before the end of the lease.

Rents of land, houses and apartments have been consistently increasing over the years, despite the boom in the construction of multi-storey buildings, especially in the capital Malé.

The tenancy contract may stipulate a security deposit varying between one to three months' rent, as security for payment of bills (e.g. electricity, water, cable TV etc.).

The landlord may also request payment of a couple of months' rent in advance, which is usually set-off against the last months of the tenancy period.

Duration of contracts and evictions

State-owned land cannot be leased to owners for residential purposes for more than 35 years at a time (Second Amendment to the Land Act, 2008). In practice, this limitation period has been applied to the lease of private land.

Eviction of tenants is best done through a Court Order. The process may take 3-6 months or more. The Maldives Police Service can assist with enforcement, to physically evict the tenant.

All leases for more than one year must be in writing, and registered at the relevant government authorities (Regulation on Leasing of Land 2002).

Neither the Act nor the Regulations prohibit the tenant from sub-renting, though the lease agreement may specifically restrict this right.

The effectiveness of the legal system

A multitude of cases has left the courts saturated.

The landlord has to bear the cost of litigation, as there are no litigation cost orders. Nevertheless, the courts will give effect to the parties' agreement (if any exists under the lease agreement) in respect of recovery of legal costs.

Maldives passed its new Land Act and Regulations in 2002. The Act has undergone three major amendments since, most recently in 2014. These amendments have brought several changes, including the extension of lease periods to 35 years, and allowing for the sale of strata title in property. The Land Act is scheduled to be amended again in the near future- an amendment to this Act has been included in the Maldives Legislative Agenda for 2014-2018.

In addition, with the introduction of a new tax regime in 2011, a Business Profit Tax ("BPT") of 15% is levied where companies or individuals earn income from the lease of land. 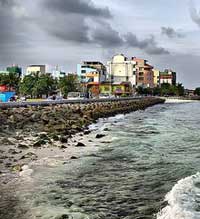 Property prices have reached very high levels, especially in the capital Male', where a third of the population, or 105,000 people, reside in less than two square kilometres. Despite efforts at decentralization, the government has not been able to control the influx of people into Male' from remote islands.

In March 2005 the Hulhumalé Development Corporation was established by Presidential Decree, to undertake the development of a new purpose-built city. Located in Hulhumalé, this plot of reclaimed land approximately 2 sq. km in size, provided affordable housing and the possibility of land ownership. A further 2.4 km of land will be reclaimed under the second phase of development, which is set to commence in 2014. Hulhumalé is now established as a district of the capital, Malé.

Additional purpose-built cities are underway for residential and light-industrial purposes, the most recent of these being Gulhi Falhu- Global Green City. Approximately 40 hectares of land will be reclaimed for this plot, located 9 km away from the capital.

The general view is that the lack of rent control legislation has resulted in the landlord charging exorbitant rent and there is much demand for more tenant-friendly laws.