Where to buy property in Zulia, Venezuela 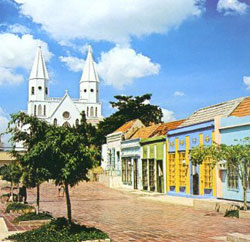 The state of Zulia takes its name from a native princess who resisted foreign conquest. It has a semiarid climate, with forests, steppes and thorny mounts comprising most of the rural landscape. It also has Maracaibo Lake, the biggest lake in Latin America. The lake covers the largest gas and oil reserve in the Western part of the world. The massive oil and mineral exploitation here is responsible for the state’s wealth, and also makes Zulia the country’s most populated state.

The capital city and port of Maracaibo was a quiet town until oil was discovered. As the centre of the oil industry and Venezuela’s second most important city, it has transformed into a modern bustling city with a skyline of tall towers. It is connected to the rest of the country by the Rafael Urdaneta Bridge and a network of highways, and has an international airport.

Zulia has always been prosperous. Prior to the discovery of oil, it was the chief exporter of coffee coming from the Andean region. Zulia’s rich soils favour cultivation, but the oil industry replaced agriculture as the chief economic activity. Recently however, modern technology for cultivation and harvesting has encouraged farming again. Sugar cane, cocoa, corn, yucca, bananas and cattle are now produced. The region also supplies 70% of the country’s milk, cheese, and butter consumption.

Zulia is gradually opening itself to tourism, starting with eco-tours around the Maracaibo Lake.