Where to buy property in Yogyakarta, Indonesia 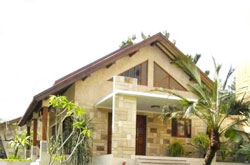 The smallest province in Indonesia is the Special Region of Yogyakarta just outside of Jakarta. It is one of the most densely populated provinces. Yogyakarta is the only area in the country that is still formally ruled by a pre-colonial sultanate, that of Ngayogyakarta Hadiningrat. The capital is Yogyakarta City.

The area has a rich cultural and historical heritage. It was the centre of Mataram Dynasty centuries ago and until now, the Sultan’s palace still holds very real functions. The ancient kingdoms have left behind many thousand year old temples, such as the great Borobudur temple build in the 9th century. Yogya is also blessed with a beautiful landscape. Lush rice fields blanket the area and serves as a beautiful foreground to Merapi Mountain.

Life here is peaceful and typical with its Javanese hospitality. The atmosphere is artistic. The city centre of Malioboro is saturated with handicraft shops filled with batik textiles, leather, silver and street musicians. The province still leads in traditional dance, music and the art of the traditional puppetry called Wayang.

The Sultan’s Palace still stands regally at the centre despite the advancement of modernization. It is an expansive complex with crumbling buildings from the 18th century. It is a walled city within the city full of many pavilions. The current Sultan resides here.

Yogyakarta City is part of the Yogyakarta Special Region. The city centre is the Sultan’s palace, but the commercial centre is in the north, with a mixture of Dutch colonial architecture and modern buildings.

Residential neighbourhoods surround the Sultan’s palace. These areas are densely populated and in need of some sprucing. The abandoned gardens surrounding the palace are actually being revived to serve as a tourist attraction.

Yogyakarta hosts not only a large Javanese population but other ethnicities from all over Indonesia as well, as it is also a university town. Indonesia’s oldest and most prestigious public university, Gadja Mada University, is here.

Yogyakarta also hosts a number of expat artists, teachers, and exporters. There are newly-built housing complexes with Western styles and amenities.

The Borobodur monument is the largest Buddhist temple in Indonesia, built in the 9th century and was rediscovered in the 19th century. It has a single large stupa with nine platforms, the upper levels of which have 72 smaller bell-shaped stupas with pierced enclosures decorated intricately. Each enclosure houses a Buddha statue.

The complex, which was built on a natural hill, has 504 Buddha effigies in all, and 1,460 richly decorated low relief panels, which are scenes from religious scriptures. The temple’s summit offers a distant view of the surrounding volcanic mountains considered sacred by the Buddhists.