Where to buy property in Western Bays, New Zealand

The inner residential suburb of Grey Lynn was named after Sir George Grey, who served as Prime Minister of New Zealand in the 1800s. It is said to have the largest number of 19th century wooden houses in the world. 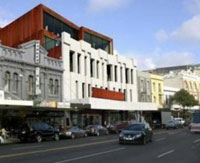 The working-class neighbourhood of Newton is noted for the many retail shops along Karangahape Road and Symonds Street.

Some early period housing in the suburb was turned into factories and warehouses for light industries. At the start of the 1990s, this trend was reversed,with many industrial buildings being converted for residential use.

Some sites of interest in Newton include the Flemish Gothic-style Saint Benedict’s Roman Catholic Church, a 19th century stables that is  now a heritage uilding and aptly called The Stables, and Pigeon Post House, the first regular air mail service provider in the world, established in 1896.

Western Springs is an inner working-class suburb in Auckland. Its predominant feature is its large park, where the Auckland Zoo, Western Springs Stadium, and the Museum of Transport and Technology can be found.

Once used as a water source, high pumping costs by the end of the 19th century transformed the region into a boggy land unsuitable for housing. The land also become an illegal dumping ground for trash.

The area gradually underwent change for the better, thanks to a series of developments including the construction of the Auckland City Council Zoological Gardens, a golf club at Chamberlain Park, a number of schools, and the Auckland Museum of Transport and Technology. Following major landscaping in the 1980s, Western Springs has become a more attractive locale with exotic flora and fauna.

The working-class suburb of Point Chevalier is situated in a triangular peninsula just west of Auckland City. Its predominantly clay soil makes it less ideal for growing plants.

Point Chevalier is famous for Meola Reef, an outcrop of black basalt rock formed from the lava that spilled from the Three Kings volcanoes. It is now a park and nature reserve. Other parks in the area are Walker Park and Eric Armshaw Reserve. Coyle Park enjoys fantastic views of Meola Reef.

The residential suburb of Westmere was once a working-class region with many state houses. But thanks to extensive housing developments and gentrification, the suburb has begun attracting the middle class.

Westmere’s parks and beaches, the Westmere Primary School, and its proximity to other schools such as Western Springs College, Avondale College, and Mount Albert Grammar School, make the suburb ideal for families. 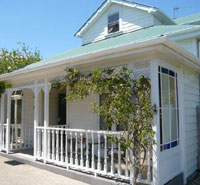 Once an affluent suburb, Ponsonby suffered a major downturn in the 1950s and 60s because of the construction of a motorway through Freemans Bay and a “slum clearance” policy that destroyed many of its older homes. This drove many residents to the outer suburbs where economic conditions were better.

Because of the low rents here in the 1970s, Ponsonby saw the influx of a more varied, “creative” population—artists, Polynesian migrant workers, and gays and lesbians—who contributed to the suburb’s transformation into an upper-middle-class residential community and a hub for the arts, culture, and high fashion.

Ponsonby is today a cosmopolitan suburb has many stylish villas, boutique shops, restaurants and cafés. 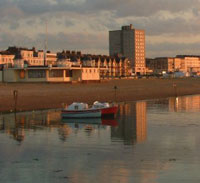 On the southwestern coast of Waitemata Harbour, Herne Bay was named after the popular 19th century seaside resort in the English county of Kent. It is known as Auckland’s most expensive suburb, with property values breaching the $2 million median price mark in 2008. Many of the real estate on sale are water-view villas.

The suburb of Freemans Bay sits on reclaimed land near the bay’s original shoreline. It is noted for its Victoria Park and as the headquarters for many yachting clubs that participate in the prestigious America’s Cup.

A largely Catholic community, Saint Marys Bay is the home of the Ponsonby Fire Station, the prestigious St. Mary’s College, the Gothic-style New Bishop’s Palace (the first house in Auckland to have electric lighting) and a number of colonial-era buildings.

Though properties are limited in this small and intimate suburb, one can choose from charming 2-bedroom cottages, 3-bedroom character villas, and exquisite 4- to 5-bedroom designer homes with landscaped gardens.